The study was conducted by the Centre for Science and Environment 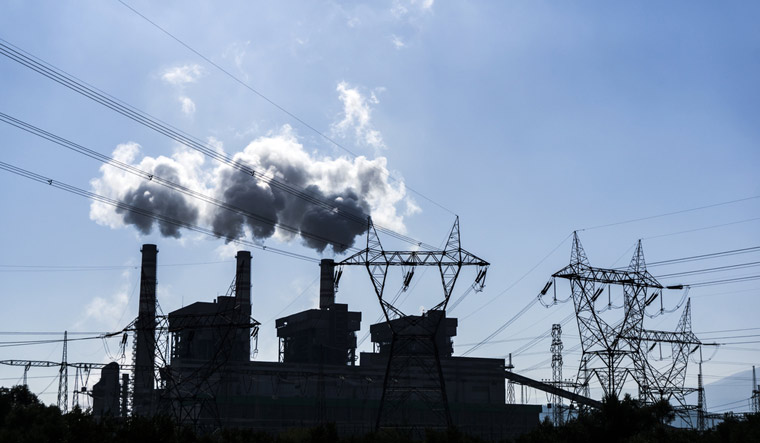 An analysis of summer air quality trends during the nationwide lockdown, which started on March 25, 2020, reveals that while PM2.5 (particulate matter) and NO2 (nitrogen dioxide) levels fell and flattened in many cities, tropospheric ozone pollution increased and even breached standards in several cities.

The study was conducted by the Centre for Science and Environment (CSE) in 22 mega and metropolitan Indian cities, including the National Capital Region, Kolkata, Kochi and Lucknow.

Based on data from the Central Pollution Control Board’s (CPCB) official online portal, the Central Control Room for Air Quality Management, the study notes that even as blue skies emerged in most cities (as particulate matter and NO2 levels plummeted) invisible ozone raised its ugly head on several days and in several cities.

Ozone is primarily a sunny weather problem in India that otherwise remains highly varying during the year. It is a highly reactive gas. Even short-term exposure (one hour) to it is dangerous for those with respiratory conditions and asthma. That is why ozone has a short-term standard–one hour and eight hours, as opposed to 24 hours for other pollutants.

Ozone is not directly emitted by any source but is formed by photochemical reactions between oxides of nitrogen (NOx) and other volatile organic compounds (VOCs) and gases in the air under the influence of sunlight and heat. Ozone can be controlled only if gases from all sources are controlled.

As per Anumita Roychowdhury, executive director-research and advocacy, CSE, “This pandemic-led change in air quality has helped us understand summer pollution. Normally, every year, winter pollution is what draws our attention. The characteristics of summer pollution are different: there are high winds, intermittent rains and thunderstorms, and high temperature and heat waves. This is in contrast to winter— with its inversion, lower mixing height of air, and cold and calm conditions that trap the air and the pollutants in it.”

Roychowdhury adds, “This pandemic has shown that big reduction is possible only if all regions clean up together and at a scale and with speed across all critical sectors including vehicles, industry, power plants, waste, construction, use of solid fuels for cooking and episodic burning. There is a need for an agenda for a ‘blue sky and clear lungs’ for the post-pandemic period to sustain the gains. This action must also ensure the co-benefit of reducing both particulate and gaseous emissions, including ozone.”

Ozone is a problem during spring and summer in the north, central and the arid parts of western India. It can even increase during warmer winters in the southern and coastal cities.

The CPCB publishes the daily Air Quality Index (AQI) bulletin to inform about the severity of the pollution every day. With all pollutants down during lockdown, ozone, even at a comparatively lower level, became the most prominent pollutant of the day in several cities and led the daily AQI. These high levels are reported even when the CPCB considers the fixed time slot of 8pm to 4pm, which may not be the worst average of the day for ozone.

CSE mapped ozone concentrations spatially in the mega cities and found that ozone pollution is the highest in stations with the lowest NO2 pollution – ozone levels build up in the greenest parts of the city where the NO2 levels are very low. This is because ozone is formed when NOx, VOCs and gases react with each other under the influence of sunlight and temperature. A high NOx level can again react with ozone and mop it up. The ozone that escapes to cleaner areas has no NOx to further cannibalise it, and as a result, ozone concentration builds up in these areas.

For example, Nehru Nagar near the Lodhi Garden area in Delhi, Colaba in Mumbai, Victoria in Kolkata, Hombegowda Nagar (Lalbagh Gargen Area) in Bengaluru, and Central University in Hyderabad are ozone pollution hotspots. The NO2 hotspots like Mundka in Delhi, Vasai West and Sion in Mumbai, Rabindra Bharati University in Kolkata, Jayanagar in Bengaluru, and Zoo Park in Hyderabad show very little ozone build-up.

With lockdown relaxation there has been rapid and significant rise in air pollution levels. The average level for lockdown 4.0 compared to the average of the cleanest of the other lockdown phases was higher in Chennai by 118 per cent; in Faridabad by 185 per cent; in Jaipur and Amritsar by 109 per cent; in Visakhapatnam by 108 per cent; in Pune by 80 per cent; in Delhi by 43 per cent; in Gurugram by 56 per cent; and in Ghaziabad by 52 per cent.

In 2019, Amritsar, Ahmedabad, Delhi, Jaipur, Jodhpur and Noida saw a rise in their average NO2 levels between the spring and summer seasons. But this year, they have all registered a significant drop (39-63 per cent). Bengaluru, Chennai, Delhi, Guwahati, Howrah, Jodhpur, Kolkata and Lucknow observed their lowest daily NO2 average since January 1, 2019 during the lockdown.

In the lockdown period,15 out of the 22 cities witnessed the cleanest contiguous 54 days since January 1, 2019 – the conditions were even better than in the monsoon months. In Amritsar, Hyderabad, Gurugram, Jodhpur, Patna, Pune, and Ujjain, the lockdown period was not as clean as their monsoon season.

Among the recommendations made by the CSE for ‘blue sky and clean lungs’ are no more delay in the implementation BSVI emission norms, cleaner battery vehicles for para-transit and public transport, a financial stimulus package to augment public transport services, making cycle and walk the new normal, reduce travel needs, transition to cleaner fuels in industries, elimination of waste burning and stringent control on construction and demolition waste.