How close are we to a COVID-19 vaccine? The promising Moderna trials, explained

The vaccine could come into our hands by early 2021 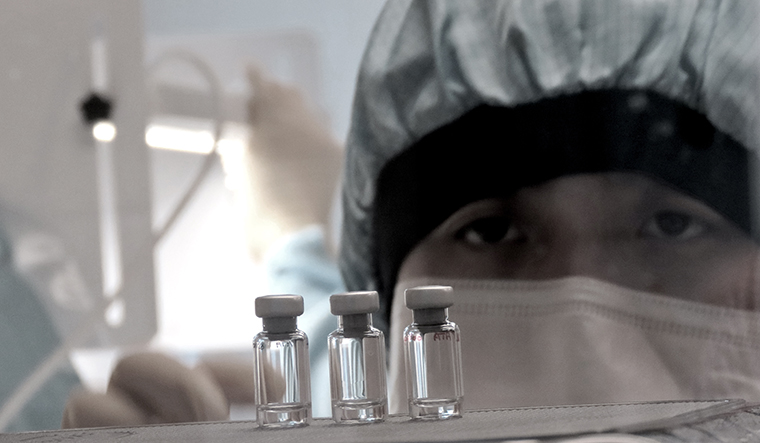 In a significant development towards developing a vaccine for the coronavirus, a US-based biotechnology company said its initial vaccine tests in people have shown promising results and can stimulate an immune response against the virus. Moderna’s experimental vaccine, mRNA-1273, which is being co-developed with the US National Institute of Allergy and Infectious Disease (NIAID), appeared to be safe after first trials on people, according to a report in The New York Times.

Moderna said the findings are based on results from the first eight healthy volunteers (out of a total of 45 in a safety trial) who each received two doses of the vaccine, starting March. The people who received the doses made antibodies (proteins produced by the immune system to neutralise pathogens like virus and bacteria) that were then tested on human cells in the lab; those were able to stop the virus from replicating, which is the key requirement for an effective vaccine.

Further, the levels of those "neutralising antibodies" matched the levels found in patients who had recovered after contracting the virus in the community. The higher the dose of the vaccine, higher the antibody levels.

How is the vaccine prepared?

In general, a vaccine works by training a body to identify a disease without actually contracting the disease. Normally, a live attenuated (or inactivated) version of the virus, or viral proteins, get introduced into the system to give the body a preview. However, synthesising these types of vaccines can take several years, involving very time consuming and production-heavy processes.

Moderna's mRNA-1273 candidate, on the other hand, is an mRNA vaccine. That is, it does not use the viral proteins for immunisation; instead, mRNA-1273 is encoded with the mRNA (messenger RNA, which consists a genetic code) instructions for the coronavirus’s signature spike protein. Thus, human cells create the foreign protein, alerting the immune system, and help the body recognise the entry of the virus in all its forms.

A viral protein requires heavy production needs; an mRNA vaccine bypasses that need. It is easier to develop and much safer for the human body. However, they haven’t been licensed anywhere in the world before.

What does this mean for a vaccine timeline?

"These data substantiate our belief that mRNA-1273 has the potential to prevent COVID-19 disease,” said Moderna's chief medical officer Dr Tal Zaks. According to the company, the vaccine could be prepared by late 2020 or early 2021. Moderna has said it is proceeding on an accelerated timetable, with the second phase involving 600 people to begin soon, and a third phase to begin in July involving thousands of healthy people.

The Food and Drug Administration in the United States (US) gave Moderna the go-ahead for the second phase earlier this month, with the US ravaged by the virus pandemic. Globally, 4.7 million people have been infected by the virus and over 3,15,000 have died.

Any side effects visible?

The company has tested three doses of the vaccine—low, medium and high. The initial results are based on tests of the low and medium doses. The only adverse effect at those doses was redness and soreness in one patient's arm where the shot was given.

At the highest dose, three patients had fever, muscles and headaches, but the symptoms went away after a day, Zaks said. The high dose is reportedly being eliminated from future studies, not so much because of the side effects, but because the lower doses appeared to work so well that the high dose is not needed. The lower the dose, the more vaccines we'll be able to make, Zaks said.

Controversies on the vaccine

On the back of the experimental vaccine announcement, Moderna shares rose 20 per cent. However, the shares plunged after health publication Stat News reported that "the vaccine does not provide the critical data needed to assess its effectiveness", Reuters reported. The Stat News report raised some questions: What was the response to the vaccine from other participants in the 45-subject study (only 8 were mentioned)? How durable will the response of the vaccine be? Why is NIAID, who partners Moderna in the study, tight-lipped on the development?

How much have other vaccines developed?

The most advanced candidates are Moderna's mRNA-1273, Ad5-nCoV from Chinese biopharma company CanSino Biologicals, and INO-4800 from American pharmaceuticals company Inovio. Others in this list include LV-SMENP-DC and pathogen-specific aAPC from Shenzhen Geno-Immune Medical Institute in China.

At least six Indian companies are working on it. While Zydus Cadila is working on two vaccines, Serum Institute, Biological E, Bharat Biotech, Indian Immunologicals, and Mynvax are developing one vaccine each.