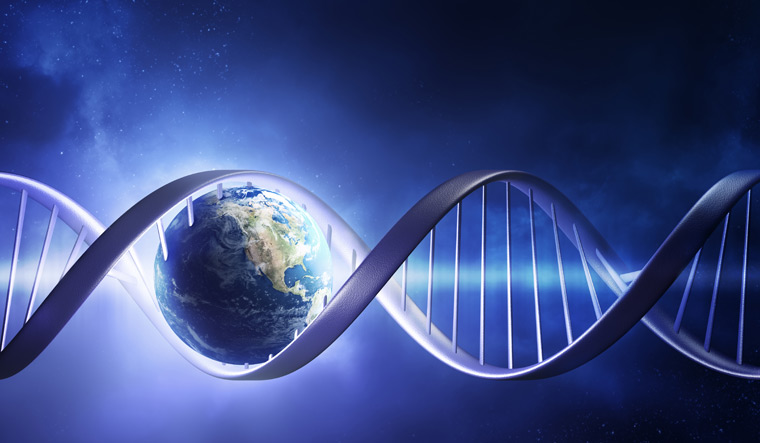 Researchers have unravelled a key piece of the puzzle about the origin of life on the Earth with the discovery of how phosphorus-bearing molecules, essential for cell metabolism, may have reached the planet from space.

Astronomers, including those from the European Southern Observatory (ESO), used data from the ROSINA instrument on board the Rosetta spacecraft to show that the chemical phosphorus monoxide is a key piece in the origin-of-life puzzle.

The study, published in the journal Monthly Notices of the Royal Astronomical Society, also used data acquired by a network of 66 radio telescopes in the Atacama Desert of northern Chile called the Atacama Large Millimeter/Submillimeter Array (ALMA).

Using ALMA, the scientists looked into the star-forming cosmic area AFGL 5142, and pinpointed where phosphorus-bearing molecules formed in that region.

According to the study, new stars and planetary systems spring up in such cloud-like regions of gas and dust in between stars, making these cosmic sites the ideal places to start the search for life's building blocks.

Their observations revealed that phosphorus-bearing molecules are created when massive stars are formed.

The scientists said flows of gas from young massive stars open up cavities in dust clouds.

Phosphorus-rich molecules formed on these cavity walls, through the combined action of shocks and radiation from the infant star, they said.

Among these molecules, phosphorus monoxide was the most abundant in the cavity walls, the study noted.

The researchers then followed the comet 67P with the aim to follow the trail of phosphorus-bearing compounds in space.

Based on earlier studies, they believed that if the cavity walls collapse to form a star, the phosphorus monoxide could freeze out, and get trapped in the icy dust grains that remain around the new star.

According to the astronomers, these dust grains can come together to form pebbles, rocks, and ultimately comets, which then transport phosphorus monoxide to far away planets like the Earth.

Using ROSINA's data, the researchers looked for phosphorus monoxide on the comet and could find its presence.

The findings, the researchers said, help astronomers draw the first connection between star-forming regions in space -- where phosphorous molecules are created -- and how these are transported all the way to the Earth.

"The combination of the ALMA and ROSINA data has revealed a sort of chemical thread during the whole process of star formation, in which phosphorus monoxide plays the dominant role," said Victor Rivilla, study co-author from Italy's National Institute for Astrophysics.

"Phosphorus is essential for life as we know it. As comets most probably delivered large amounts of organic compounds to the Earth, the phosphorus monoxide found in comet 67P may strengthen the link between comets and life on Earth," Kathrin Altwegg, study co-author from the University of Bern in Switzerland, said.