Fiber-optic cables can be used to detect rumbles of thunder: Study 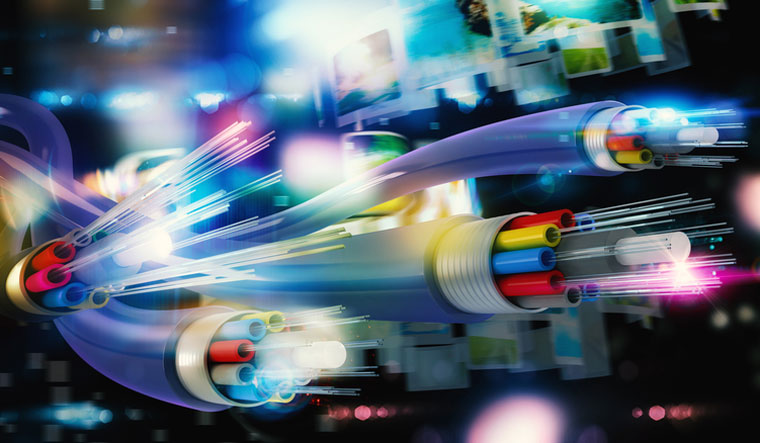 Underground fiber optic telecommunications, which carry internet and phone service, can pick up the rumble of thunder underground, an advance that can offer scientists a new way to detect environmental hazards, and image deep inside the Earth.

The study, published in the Journal of Geophysical Research - Atmospheres, used the university's existing fibre network for internet and phone service as an array of distributed sensors to observe the progress of thunderstorms as they crossed the campus.

The researchers, including those from The Pennsylvania State University (Penn State) in the US, said this is the first time thunder has been heard underground using a telecommunications fibre optic array.

Explaining how the sound was produced in nature, they said, the passage of lightning heats up the air so fast that it creates a shockwave we hear as thunder.

Vibrations from loud events like lightning, meteor explosions, and aircraft sonic booms pass from the air to the Earth's surface, shaking the ground, they added.

They said these thunderquakes vibrated in the infrasound frequency range -- below 20 Hertz (Hz) -- which is inaudible to the human ear.

The study reported that the fibre array -- buried 1 metre underground -- picked up a wider range of the frequencies heard in a peal of thunder.

The sounds detected ranged from 20 to 130 Hz, and was consistent with microphone recordings of the thunder, the scientists said, adding that the measurements made this way provide more information about the event.

"Once we set up, we found a lot of very strong events in our fibre optic data, so I was very curious, what's the cause of these signals?" said Tieyuan Zhu, study co-author from Penn State.

The researchers said they found a match when they synchronised their results with data from the US National Lightning Detection Network.

"We thought, yeah, this is exactly the thunderstorm data, actually recorded by our fibre array," Zhu said.

The study noted that fibre optic cables carry telecommunications information in bursts of laser light conducted by strands of transparent glass about as thick as a human hair.

Vibrations such as those created by thunderstorms, earthquakes, or hurricanes stretch or compress the glass fibres, causing a slight change in light intensity, and the time the laser pulse takes to travel to its destination.

Using these aberrations, the researchers monitored ground motion, converting the laser pulses back to sound signals.

"The laser is very sensitive. If there is a subtle underground perturbation, the laser can detect that change," Zhu said.

The researchers said Penn State's campus was underlaid with several kilometers of continuous fibre, which act like a network of more than 2,000 seismometers emplaced every two metres along the cable path.

Using these high density of sensors, the scientists said they can calculate the location where the thunder originated, helping distinguishing between cloud-to-ground and cloud-to-cloud lightning.

"Compared to the seismometers, the fibre optic array can provide fabulous spatial, and also temporal, resolution. We can track the thunderstorm source movement," Zhu said.

According to the researchers, the fibre optic networks under urban areas are an untapped resource for monitoring environmental hazards, also helpful