How ISRO's Cartosat will be an asset to high-resolution imaging 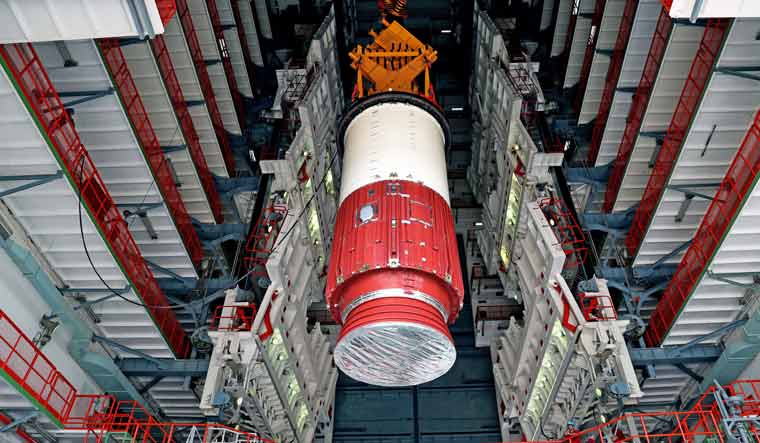 As ISRO's Polar Satellite Launch Vehicle, PSLV-C47 gets ready to launch Cartosat-3 and 13 commercial nanosatellites from the Satish Dhawan Space Centre (SDSC) SHAR, Sriharikota on November 27th, it is expected to be a great addition to the high-resolution image capability of the country. Cartosat-3 satellite is a third-generation agile advanced satellite having high-resolution imaging capability and will be placed in an orbit of 509 km at an inclination of 97.5 degrees. The PSLV-C47 will also carry 13 commercial nanosatellites from the United States as part of a commercial arrangement with the recently formed New Space India Limited (NSIL), Department of Space.

“Cartosat 3 with 0.25 m PAN and 1m multi-spectral imagery is a great addition to the high-resolution capabilities of India. While the capacity to build such satellites has a great track record within ISRO, there is a need to build increasing capabilities in machine learning and data analytics within ISRO to leverage such data sets for a large number of applications within the country. This will allow integration of different data sets from all the earth observation and meteorological capabilities of India to be used in it's fullest extent,” Narayan Prasad, co-founder and chief operations officer of Satsearch told THE WEEK.

The expert further said that from a strategic perspective the US uses 2.5m optics to generate imagery of ~10cm from space whereas the Cartosat 3 uses 1.2m optics. “We clearly have more to do in terms of catching up with the current generation of military satellites. This could be something of interest to the upcoming Defence Space Agency in the coming days,” added Prasad.

Experts such as Rajendra Prasad, the Chief Business Officer of Satellize (formerly Exseed Space) feel that Cartosat 3 is quite a versatile satellite and has a panchromatic resolution of 0.25 m which is better than the best commercial satellite. “In a multispectral mode, it has a 1-meter resolution. Panchromatic resolves objects in the only scale and one gets higher resolution by combining multiple spectra into one single image. By panchromatic, we can make out shapes like a black and white photo with far higher resolution. It is indeed a cutting edge technology if the best commercial satellites are taken as a standard and will help us to have a far better observation of the earth,” observed Prasad.

As per research reports, the Cartosat-3 is a very high resolution panchromatic, multispectral and hyperspectral earth observation mission and has been designed as a follow-up to the Cartosat 2 series. The satellite has an imaging payload with a ground resolution of 0.25 m with 16 km swath in panchromatic mode, a resolution of 1.13 m with 16 km swath in 4 bands multispectral mode and a resolution of 12 m with 5 km in hyperspectral mode. It also features an MWIR Camera with 5.7 m resolution. Many new technologies and elements have been developed in the system such as highly agile structural platform, payload platform, higher rate data handling and transmission systems, advanced onboard computer and new power electronics etc.