54-qubit processor can do calculations impossible for current-gen supercomputers 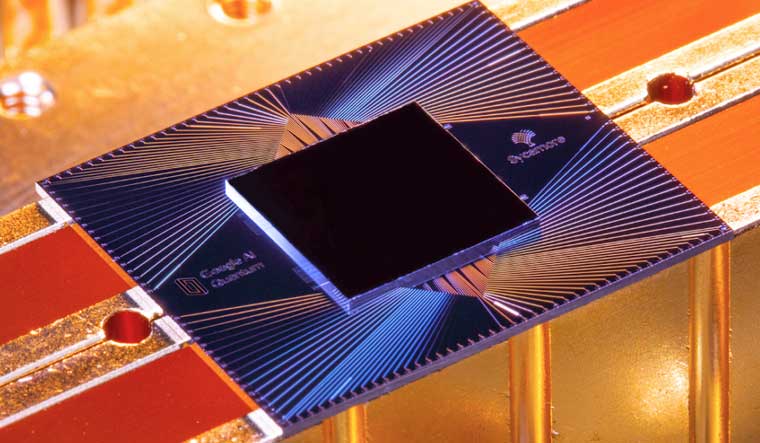 The world’s most powerful supercomputer would take 10,000 years to perform a calculation that Google’s new 54-qubit Sycamore processor would do in 200 seconds.

With Google calling it “quantum supremacy”, this is the first time that a quantum computer has beaten the best that a contemporary supercomputer can offer in outright performance.

The catch, of course, is that Google got to pick their own problem for the occasion, picking a problem that would be nigh-impossible for regular supercomputers but doable for a supercomputer. By demonstrating such capability, Google proves the capacity of quantum computers to achieve tasks that regular ‘classical’ computers cannot.

Google tested the Sycamore against the Summit supercomputer of the Oak Ridge National Laboratory in Tennessee, which is capable of 200 PetaFLOPS—Floating Point Operations Per Second. For comparison, the Apple iPhone’s A12 processor has a processing power of five trillion FLOPS.

Google published their results in the journal Nature, although leaks of their paper and their methods have been out for a while, leading to Google’s methods being challenged by IBM a couple of days before the declaration. In a blogpost, IBM says that the Summit supercomputer could complete the same task in two and a half days using a different technique. While still significantly slower than the Sycamore, it would disprove the claim of quantum supremacy—of a quantum computer being able to do something that a classical computer cannot.

Quantum supremacy was pitched in a 2012 paper that made the observation that “classical systems cannot simulate highly entangled quantum systems efficiently.”

Interestingly, Google’s blog post says that, “We see our 54-qubit Sycamore processor as the first in a series of ever more powerful quantum processors.” In addition, Google says that they now have the “first widely useful quantum algorithm for computer science applications: certifiable quantum randomness.

Excited about what quantum computing means for the future - it gives us another way to speak the language of the universe and better understand the world, not just in 1s and 0s but in all of its states: beautiful, complex, and with limitless possibility. https://t.co/P6YX4KguMX

The importance of random numbers is what makes quantum computing lucrative, especially in cryptography. Classical computers cannot produce truly ‘random’ sets of numbers, relying always on external sources of ‘entropy’ or randomness. Other methods are also inevitably limited by the randomness of external or environmental factors. Pure randomness, where you cannot predict the next sequence of numbers generated by such a machine, is non-existent in classical computing.

Quantum computers are not only capable of producing such random numbers, but also of creating systems that could immediately raise an alarm if they are spied on, thanks to the problem of the observer effect in quantum mechanics, which finds that quantum states are altered by the very fact of them being observed.

Practical applications for Google's new computer are still being conceptualised, but what the experiment demonstrates is the realm in which quantum computers enjoy absolute supremacy over regular computers. Only more tests will show just how far that gap has become.