One danger of electric vehicles no one’s talking about

EVs run on batteries and there is potential for danger 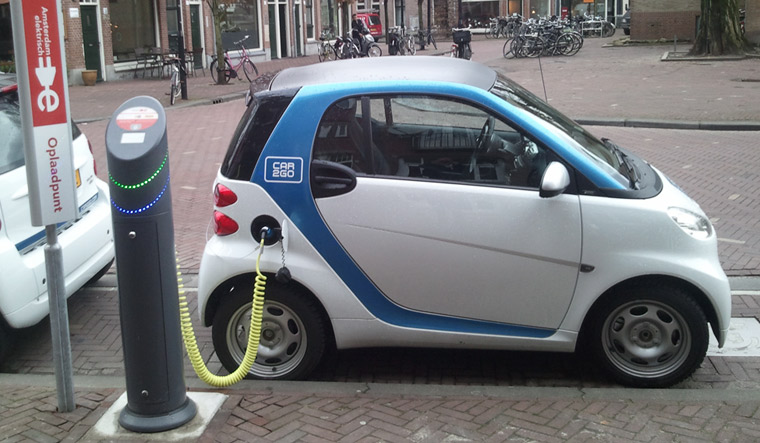 From subsidies of at least 10,000 crores for manufacturers, GST and import duty cuts and incentives ranging from registration fee exemptions to providing land for charging infrastructure, India’s central as well as state governments are on a major electric vehicle (EV) drive. While a pushback from the makers of conventional internal combustion engine (ICE) vehicles running on petroleum may have slowed this down a bit in recent weeks, all signs on the highway to future still reads ‘electric’ in blazing neon.

But there is one major point many evangelists of electric vehicles seem to have overlooked—that of a fire safety hazard.

The issue is elementary enough. EVs are silent, emission free, easier to maintain and, once the economics of scale is realised, could even be less expensive than ICE vehicles. But they also run on batteries which pack large amounts of power. And there is—how shall we put it without being alarmist—potential for danger.

“Just like in CNG vehicles where because of an electric short circuit, a spark (could) lead to a problem, same one has to (be careful) in electric vehicles also,” argued Ravindra Dayal, senior advisor at Maruti Suzuki, at the EV Con India summit in Gurugram on Wednesday, setting the cat among the pigeons.

The battery is at the heart of an electric car, and like any other power supplier which packs in lot of energy, there are chances of heating up, and worse. While the technology has been evolving, present standard for EV batteries primarily revolves around lithium ion. Yes, the same type of battery which is the culprit behind mobile phone explosions in recent years, and whose use in Boeing 787 Dreamliners even led to their grounding a few years ago, according to a report by MIT.

“A mobile battery should not be compared to a car battery,” Sohinder Gill, director-general of Society of Manufacturers of Electric Vehicles (SMEV), told THE WEEK. “It’s true even for a gasoline engine, as much for a battery-driven one—whether it’s a Nano or a Tesla, if something really goes wrong, both of them blows up!,” continued Gill, who is also the CEO of Hero Electric. “That’s beside the issue. The question is, why should things go wrong?”

Though India’s EV market is still in a nascent stage, these worries are already coming to fore. Recently, an upscale apartment association complex banned a resident from parking his electric car in the basement parking over fears of over-heating and fire hazards. What makes things murkier is that there are multiple companies, many of them startups, working on multiple technologies and standards, with the confused government itself is trying hard to catch up by updating its EV and charging standards on a regular basis.

Then there are fears over what will happen in the case of a car accident, or a crash. “Suppose an incident happens, the standards say the battery should never explode, it has its own (safeguards),” said Rajeev Chaba, president & CEO of MG Motor, which is set to unveil its first electric car in India in December. “But God forbid, if the accident is serious enough, there are even (global safety) standards (as to) in how many seconds after the accident impact the battery should explode, (so that) occupants can get out of the car before it explodes.”

What if the passengers can’t get out in time? “Maybe I am oversimplifying it, globally, there are so many EVs that have been sold with stringent norms (and) that’s what our government will also be following. So I don’t think we need to worry about this.”

“We should leave accidents and crashes this side. In fact, here it would be less, because batteries don’t explode like fuel,” said Gill who pointed out new discoveries in this field every few months. The latest takes the fight right into the cell. “A membrane, inside the cell disconnects the anode and cathode as soon as the air (inside the cell) gets hot. This tech should be commercialised in an year’s time.”

When technology changes, a disruptive sector like EV is threatening to do transport and mobility. It also calls for a whole new approach to safety management. “In case of an ICE car, we know how to fix a (petrol or diesel) leak. But in the case of a battery, we never know - is it a chemical leak? Gel? Or something else?,” asks Vinay Piparsania, global consulting director (automotive) of Counterpoint Research and a former head of Ford India. “The point is same science applies here, but the solutions are different. So the first responders (police or fire fighters) have to treat it differently—they need to be trained on how to manage it. The engine is silent, there are no smells (like a petrol or diesel leak), (so) there are cues, signs you have to look out for which they should be trained in.”

While this paradigm shift calls for a whole new approach, all experts agree on one point clearly—electric vehicles are as safe, or unsafe, as petrol, diesel or CNG vehicles. If you can drive a vehicle that runs on a highly combustible petroleum liquid or gas, surely, adopting one that runs on a powerful battery shouldn’t faze you, right?