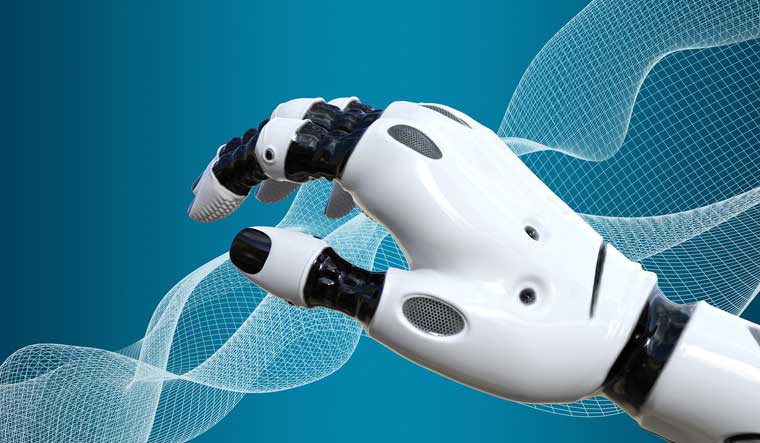 A new generation of robots that can ‘self-heal’ its jelly-like robotic arms is being developed. The European Commission-funded €3 million SHERO (Self HEaling soft RObotics) project led by the Free University of Brussels (VUB) and the University of Cambridge will strive to create robots that will detect the damage to their polymer skins and ‘heal’ themselves without the need for any human aid.

The robot learns from its mistakes, detects self damage and changes its actions according to the changes made in its shape by the researchers. This has promising uses in areas ranging from agriculture to surgeries where deft movements are required to complete tasks with precision and care.

Replacing the metallic bodies of robots with flexible plastics comes with its own problems. The increased chances of damage limit their practical applications and add to the cost of repairs. According to the official website of VUB, the cost of repairing robot parts is about $400 billion a year, comparable to the entire GDP of Belgium. That the researchers have successfully developed polymers that can create new bonds in 40 minutes is encouraging. They plan now to embed sensor fibres into the polymer so that the exact location of the damage can be located and then repaired.

Acknowledging the development of self-healing polymers over the last few years, VUB’s Bram Vanderborght stated the need to continue the pace of innovation in robotics by stressing the need for safer and sustainable robots.

“We are obviously very pleased to be working on the next generation of robots. Over the past few years, we have already taken the first steps in creating self-healing materials for robots. With this research we want to continue and, above all, ensure that robots that are used in our working environment are safer, but also more sustainable. Due to the self-repair mechanism of this new kind of robot, complex, costly repairs may be a thing of the past,” he said in a press release.

Dr. Thomas George Thuruthel from the Department of Engineering at the University of Cambridge points to its possible future applications in modular, educational and evolutionary robotics, with the possibility of ‘recycling’ a single robot to create fresh prototypes.

Apart from the massive concern regarding the loss of low-skilled jobs to automation, there is also a need to look at the possible implications of robots made of “anthropomorphic materials, capable of feeling pain”. Robots that feel pain while skilfully performing precise tasks that require complex and continuous adjustments in its movements, increasingly blur the lines between the machine and the human being.

Writing in The Conversation, Vishwanathan Mohan, a lecturer of Computer Science at the University of Essex, says that robots are far from having the layered and complex sense of self that characterizes humans.

Referring to a study published in Science Robotics where researchers used a deep learning network to create a robotic arm that went about its task (though data from random movements) without the knowledge of its shape or the underlying physics of its operation, Mohan says that scientists could be getting closer to giving robots a rudimentary sense of self.

As he points out, with the use of similar models in humanoid robots (and not just in one robotic arm), growing innovations in robotics and machine learning can teach us many things, not just about artificial intelligence, but also about ourselves.