The UAE will launch the 'Hope Probe in July 2020 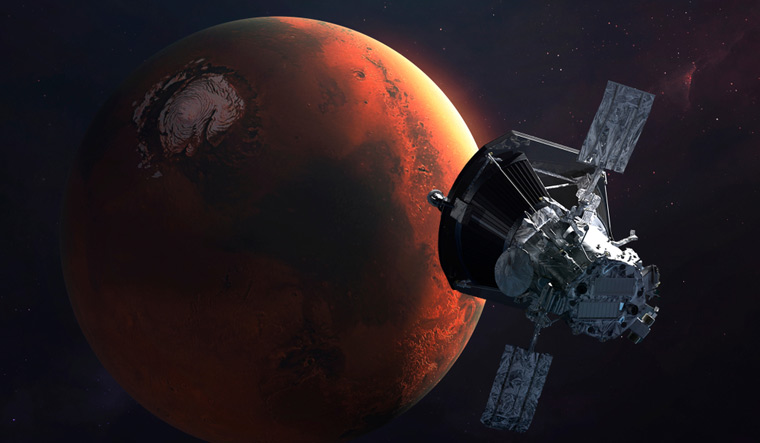 The UAE has announced that it will launch the 'Hope Probe', the Arab world's first spacecraft to Mars, in July 2020.

The space programme, also known as the Emirates Mars Mission (EMM), aims at collecting information on Mars, meteorological layers and study the causes of loss of hydrogen and oxygen gases -- the two main constituents of water -- from the upper layer of the Martian atmosphere.

The mission, if successful, will become the first space exploration programme to take a picture of the red planet's atmosphere, according to a joint press statement issued recently by the UAE Space Agency (UAESA) and the Mohammed bin Rashid Space Centre (MBRSC).

The 'Hope Probe' will be launched into orbit in mid-July 2020, the statement said.

The spacecraft is expected to reach the Mars orbit in the first quarter of 2021, coinciding with the Golden Jubilee year of the UAE.

The 'Hope Probe' will be launched from Tanegashima Space Centre in Japan, the statement said, adding that the spacecraft is expected to collect over 1,000 GB of new data on the planet.

Dr Ahmad Belhoul Al Falasi, Minister of State for Higher Education and Advanced Skills and Chairman of the UAE Space Agency, said, "We are approaching a historic Arab and Islamic achievement in space exploration with the final preparations to launch the 'Hope Probe'."

MBRSC chairman Hamad Obaid Al Mansoori said that the data collected through the mission will contribute to enhancing the understanding and knowledge about the red planet.