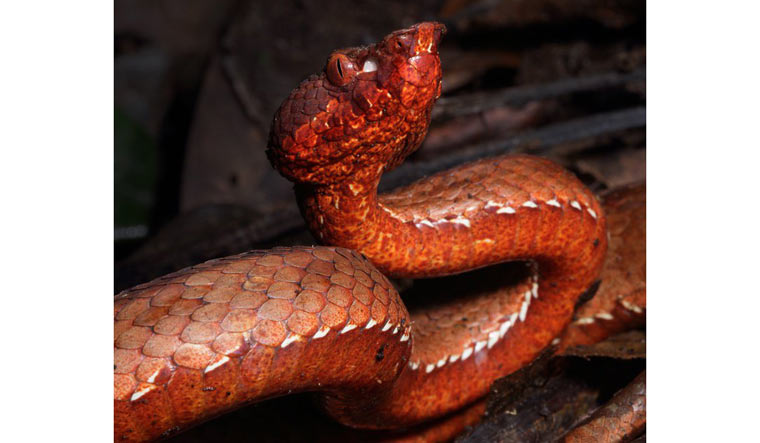 A new species of snake has been found in Arunachal Pradesh's West Kameng district, an official said Friday.

The new species of reddish brown pit viper―a venomous snake with a unique heat-sensing system―was found in a forest in West Kameng district by a team of herpetologists led by Ashok Captain, the Forest department official said.

The discovery was published in the March-April volume of Russian Journal of Herpetology.

“We don't know anything of the Arunachal pit viper's natural history as only one male has been found so far. More surveys and sightings of this species would gradually give us an idea of its habits, diet and breeding, whether it lays eggs or bears live young,” he said.

A research team from Pune-based Indian Institute of Science Education and Research found the snake while conducting biodiversity surveys in Eaglenest region of Arunachal Pradesh. A resident of the area had first shown the snake to the team in a forest patch near Ramda village.

Comparative analyses of DNA sequences and examination of morphological features suggested that the snake belonged to a species not described before.

The specimen was donated to the museum of the State Forest Research Institute in Itanagar, the official added.