It is exceptionally tough, stiff material and can be used as medical implants 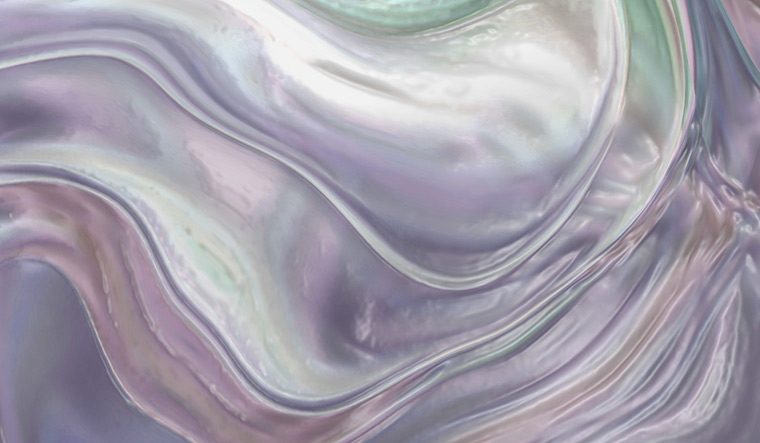 Scientists have used bacteria to create synthetic mother-of-pearl that is tough but bendable, and could be used as medical implants or for constructing buildings on the Moon in future.

Nacre, also known as mother-of-pearl is an exceptionally tough, stiff material produced by some mollusks and serving as their inner shell layer. It also comprises the outer layer of pearls, giving them their lustrous shine.

However, while nacre's unique properties make it an ideal inspiration in the creation of synthetic materials, most methods used to produce artificial nacre are complex and energy intensive.

Scientists at the University of Rochester in the US invented an inexpensive and environmentally friendly method for making artificial nacre using an innovative component: bacteria.

The artificial nacre is made of biologically produced materials and has the toughness of natural nacre, while also being stiff and bendable.

In a research published in the journal Small, the team outlined their method of using two strains of bacteria to replicate these layers.

When they examined the samples under an electron microscope, the structure created by the bacteria was layered similarly to nacre produced naturally by mollusks.

One of the most beneficial characteristics of the nacre produced at the University of Rochester is that it is biocompatible -- made of materials the human body produces or that humans can eat naturally anyway.

This makes the nacre ideal for medical applications like artificial bones and implants, Anne S Meyer, an associate professor at University of Rochester.

"If you break your arm, for example, you might put in a metal pin that has to be removed with a second surgery after your bone heals. A pin made out of our material would be stiff and tough, but you wouldn't have to remove it," she said.

The nacre might also be an ideal material to build houses on the moon and other planets: the only necessary "ingredients" would be an astronaut and a small tube of bacteria, Meyer said.

"The moon has a large amount of calcium in the moon dust, so the calcium's already there. The astronaut brings the bacteria, and the astronaut makes the urea, which is the only other thing you need to start making calcium carbonate layers," she said.

"Many people creating artificial nacre use polymer layers that are only soluble in nonaqueous solutions, an organic solvent, and then they have this giant bucket of waste at the end of the procedure that has to be disposed of," she said.

To produce nacre in Meyer's lab, however, all researchers have to do is grow bacteria and let it sit in a warm place.

They first take a glass or plastic slide and place it in a beaker containing the bacteria Sporosarcina pasteurii, a calcium source, and urea (in the human body, urea is the waste product excreted by the kidneys during urination).

This combination triggers the crystallization of calcium carbonate. To make the polymer layer, they place the slide into a solution of the bacteria Bacillus licheniformis, then let the beaker sit in an incubator.

Right now it takes about a day to build up a layer, approximately five micrometers thick, of calcium carbonate and polymer.

Researchers are currently looking at coating other materials like metal with the nacre, and "we're trying new techniques to make thicker, nacre-like materials faster and that could be the entire material itself," Meyer said.