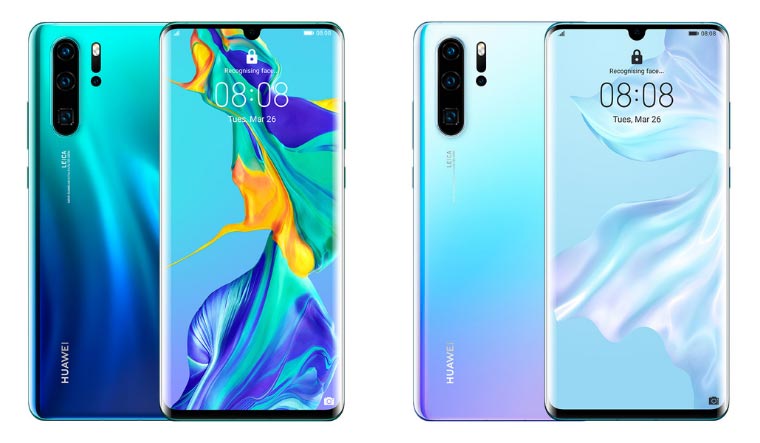 In the hyper-competitive world of mobile phones, you hear of a brand new phone with some ‘killer feature’ or the other almost every day. So, what makes Chinese giant Huawei’s latest model, the P30, just launched in India, different?

Yes, it boasts of all the usual trappings of ROM, RAM and other state-of-the-art tools and specs. But it is one insane feature, hitherto never seen on any mobile phone so far, that is setting this new phone model part—its professional-like camera capabilities.

Since its global launch in Paris two weeks ago, the world has been bowled over by the camera features this phone packs. “The Huawei P30 Pro rewrites the rules of photography to give you previously unheard-of camera capabilities,” says a publicist, adding, “This device is slated to disrupt the digital imaging technology space.”

And, they could be right.

It is what they can do that has bowled everyone away. An optical superzoom lens which can zoom upto a whopping 50 times without loss of clarity, a ToF (that can measure depth of field and is useful in Artificial Intelligence, 3D imaging, etc) camera and enhanced optical and AI image stabilisation technology. The super portrait feature captures the smallest details, like individual strands of hair.

“Be it on a mountain top or in a city, this camera clicks amazing professional camera-like pictures,” said noted astro-photographer Ajay Talwar. The company claims the camera is good enough for high-definition professional fashion photography, magazine cover photo shoots, etc.

A prism element in the telephoto camera bends light at a 90-degree angle to maximise focal length, while minimising camera height to fit within the device. The video capabilities include low-light video capture, image stabilisation support and an AI video editor tool which enables users to add background music and special effects to their videos. There is also a dual-view video that can capture two perspectives of the same scene at the same time by using multiple cameras simultaneously, including a full view of a shot as well as a close-up of a subject at the same time.

Experts have averred that with its capabilities, finally there is a phone in the market that leaves conventional DSLR cameras redundant. In this respect, this could well be the phone model that could take its place up there at the pantheon of greats like Apple’s first iPhone (which changed touch screen smartphones forever) and BlackBerry (which packed an office suite smoothly into one’s palms).

Not that Huawei does not have challenges. The company is trapped in a trade war between the US and China, and being blocked out of the lucrative American market sure does hurt. And in the crucial Asian market, the brand has to face aggressively competitive rivals like China’s Xiaomi (presently the largest selling smartphone brand in India) and Korea’s Samsung.

Even in the premium segment which the P30 Pro is in, there is the question whether the spectacular camera features will be enough to cut it ahead of a pack that includes icons like iPhone XS, Samsung Galaxy S10 series and of course, the current rage—OnePlus. P30 Pro will have to prove itself better when it comes to other factors like user interface, ease-of-use and retail availability, too.

It is to be noted that a stripped down model called the P30 Lite which was also launched simultaneously in India.

“We recognise that consumers (in India) are remarkably technology-savvy and therefore, we continuously strive to launch the best products for our patrons here,” commented Pornado Pan, country manager, Huawei India. The P30 Pro features a 4200-mAh battery with wireless charging, Kirin 980 chipset and packs in GPU Turbo 3 for next-level gaming. It is priced at Rs 71,990 (The Lite model comes at Rs 22,990 for the 6+128GB variant and Rs 19,990 for the 4+128GB variant).