Time travel to be a reality? Study makes breakthrough 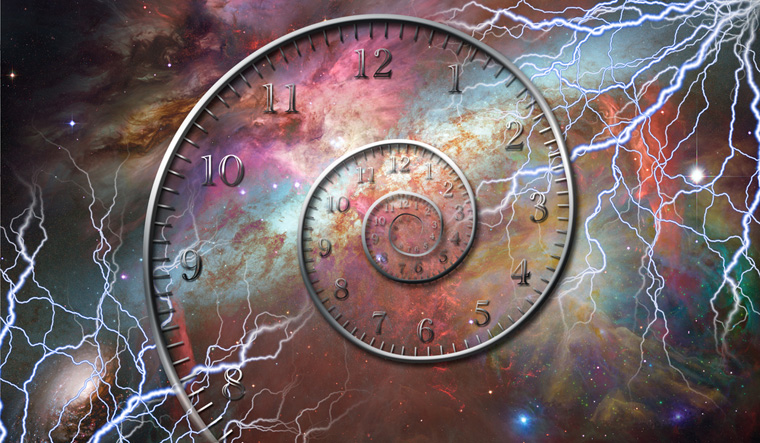 Scientists from the US and Russia have experimentally demonstrated time reversal. They have managed to send a qubit—the basic unit of quantum information—from a more complicated state to a simpler one. It is the quantum version of a computer binary bit, which can be a one or a zero.

Study author Andrei Lebedev told Newsweek, “Doing this magic with the developed state of ink we will see that after the same time (time needed for the dissolving of ink in the water) the ink will again combine back into the original drop."

“This is exactly what we did in our work where the drop of ink is state of three qubits, and the water is a Hilbert state of the quantum computer," he said.

The scientists at the Moscow Institute of Physics and Technology have hence contradicted the basic law of physics with the assistance of colleagues in Switzerland and the US.

Lead author Gordey Lesovik said in a statement: "This is one in a series of papers on the possibility of violating the second law of thermodynamics. That law is closely related to the notion of the arrow of time that posits the one-way direction of time: from the past to the future."

The qubits were set at what is understood to be a zero level. From this, it proceeds to lose its order and the qubits become more complex—'changing to a pattern of zeros and ones'. Scientists in their experiment managed to send the qubits backwards in time—from complex to simple—by reversing time. Time was reversed using a specially developed programme that allows the quantum computer to go from a state of chaos to order—from complex to simple.

The study published in the journal Scientific Reports says, the programme was successful in a two qubit quantum computer around 85 per cent of the time. But when a third qubit was introduced, more errors occurred and the success rate fell to around 50 per cent.

Hence, scientists believe that developing a quantum computer that can reverse time on a large scale will not happen anytime soon and that time reversal in nature is unlikely as it is too complex. “Such an unfortunate growth of the complexity explains why do we not observe such time-reversed objects in the Nature,” Lebedev said. “The probability of a spontaneous appearance of a time-reversed object (particle of a system of particles) is negligible.”