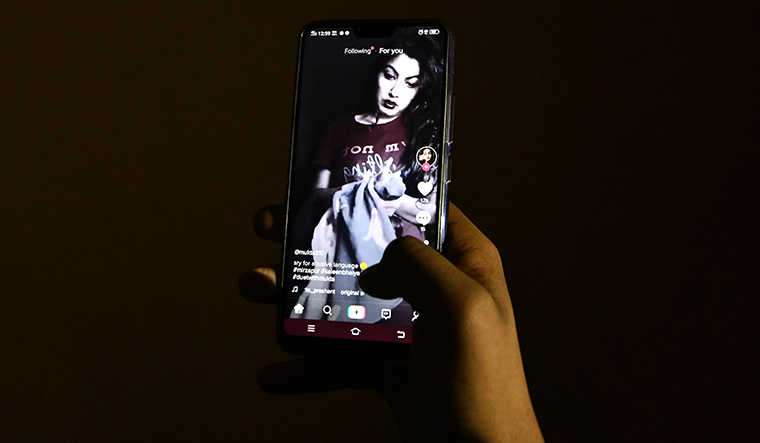 On Tuesday, Tamil Nadu Information Technology Minister M. Manikandan caused a media flutter when he said in the state assembly he would ask the Central government to ban the popular video app TikTok.

TikTok, which is owned by China's ByteDance, has become extremely popular with young users since its initial release in 2016. TikTok allows users to upload short-form videos, typically song and dance moves and lip syncing, to show their creativity. TikTok has seen a massive surge in popularity in India over the past year. According to research agencies, nearly 39 per cent of the app's 500 million users are in India.

However, it has been criticised for having poor privacy controls.

On Tuesday in the Tamil Nadu assembly, MLA Thamimun Ansari sought a ban on TikTok on the grounds that it was misleading children and youth with “vulgar content”. Accepting Ansari's request, Manikandan said he would initiate action to ban TikTok in Tamil Nadu and demand measures from the Central government along the lines of its directives on the Blue Whale Challenge a year ago.

Ansari is not the first politician to demand a ban on TikTok. PMK founder Dr S. Ramadoss in January said TikTok was leading to “social disaster” and called for a ban.

Earlier this month, British charity Barnardo's warned that children as young as eight years old were vulnerable to being targeted by sexual predators on TikTok. Barnardo's claimed such predators used the comments function on TikTok videos to lure children.

In July 2018, Indonesia briefly banned TikTok over having inappropriate content. Countries like France have demanded that TikTok implement monitoring mechanisms for the app.

In February, TikTok announced it had set up content moderation teams in India to monitor content in major Indian languages such as Hindi, Tamil, Bengali, Gujarati and Telugu. TikTok has also launched a campaign in schools and colleges in India to promote online safety.