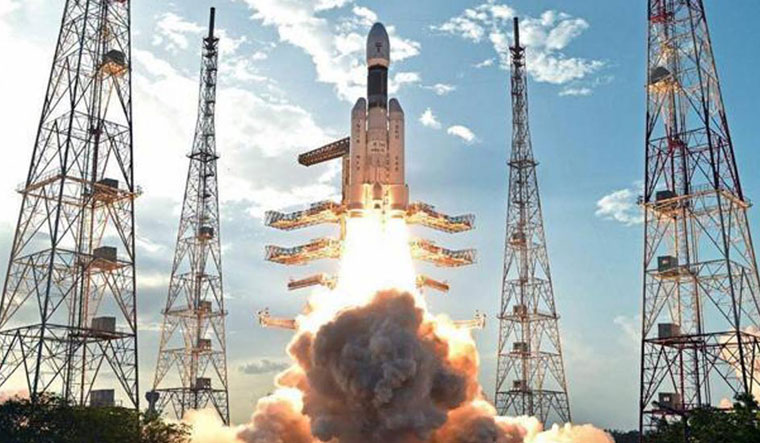 Going to the moon is no joyride, as the repeated postponements of India's second lunar mission show. The mission, Chandrayaan 2, has been postponed again from its proposed October launch to January 2019. Sources say that this time, the delay was caused because the indigenously developed lander was having trouble with rethrottling. The lander has now gone back to the design table for a design change. “The lander was developing vibrations at the time of rethrottling. The problem appears to be with the thrusters,'' said a senior level official at the Indian Space Research Organisation (ISRO).

Though the launch has been shifted by just three months but given that the vehicle taking the lander to the moon is also changing, a further delay may not be a surprise. Previously, the GSLV II was scheduled to ferry Chandrayaan 2, now it is reported that the heaviest vehicle in ISRO's stable, the Bahubali or GSLV III, is the vehicle of choice. GSLV III, however, has had only two flights to date. The first was the crew module re-entry mission in 2014, soon after the success of Mars Orbiter Mission. The crew module re-entry test was part of the technological development experiment for the human space flight programme, for which the ISRO is gearing up. The other flight was the June 2017 mission carrying the GSAT 19, a heavy communication satellite.

Chandrayaan 2's journey has been rather slow so far. Although the mission was envisioned way back in November 2007, as a joint mission between India and Russia, it had faced a series of setbacks.

As per the tie-up, Russia was supposed to provide the lander for the mission, while India would develop the rover and orbiter. ISRO had its prototype ready for a 2013 launch but Russia delayed delivering the lander. ROSCOMOS, Russia's space agency, had faced one of its biggest failures in recent times with the Fobos Grunt mission in November 2011. The mission was to send a lander to one of the moons of Mars and bring back samples. However, to the utter dismay of ROSCOSMOS, the rocket burned up in the lower earth orbit itself. The technology for developing the lander for the Fobos Grunt was the same as that for Chandrayaan 2. Russia, which was having a thorough technical review, said it would not be able to provide a lander for ISRO by 2015.

India then called off the deal and decided to make the Chandrayaan mission completely indigenous. The development has taken time, and given that it is the first time India is developing a lander, the programme has faced many glitches like the present one. While no date was announced for the mission for a long time, it was finally said the rocket would take off in April 2018. But the launch was shifted to the next window, October 2018 and now it has been shifted further.

Sources say that while postponements are disappointing, one cannot compromise accuracy just to stay ahead in the race. A GSLV Mk III launch costs around Rs 4 billion and it also entails years of research and development. Every component needs to be precise before such an ambitious mission can be launched.