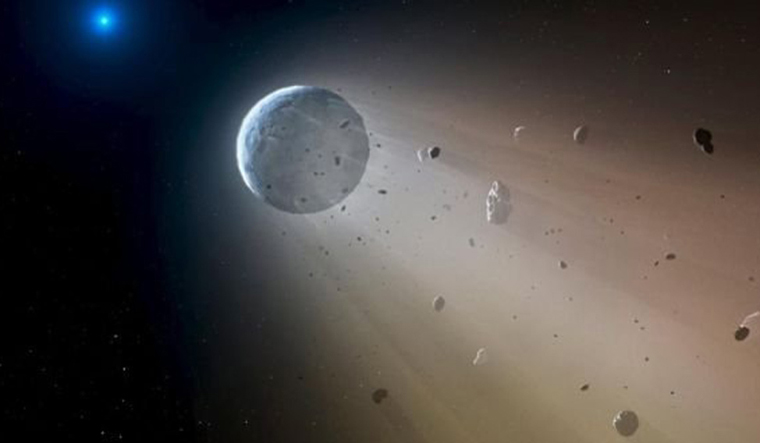 NASA has found more than 12,000 asteroids that lie within 45 million kilometers of the earth

Exploiting the plentiful virgin natural resources on the asteroids is now the surest way to become the world's first trillionaire, according to Goldman Sachs, reports RT.

Geologists estimates the presence of precious metals like platinum, iron ore and nickel in high concentration on these asteroids compared to that of the earth. This might have prompted the well-known American theoretical physicist Michio Kaku to talk about the asteroids as “flying gold mines in outer space.” The huge galactic wealth can be assessed from the fact that NASA has found more than 12,000 asteroids that lie within 45 million kilometers of the earth.

Reducing the cost of space vehicles and advancing mining technology are significant to the success of space mining.

Earlier it was thought that Satoshi Nakamoto, Bitcoin's mysterious creator, could become world’s first trillionaire. But the dream was shattered by the sudden collapse in value of the most popular cryptocurrency.

Nations are on the lookout for resources that are becoming more and scarcer and costlier on our planet. The prospect of limitless resources and energy in the outer space has enthused many nations. Though asteroid-grabbing has caught the attention of many nations, Luxembourg is leading the race for space mining. The tiny European nation has accounted $223 million of its space budget as grants to companies that are working in the space mining projects.

“Our goal is to put into place an overall framework for the exploration and commercial use of resources from ‘celestial bodies’ such as asteroids, or from the moon,” Etienne Schneider, Luxembourg’s deputy prime minister and minister of the economy told RT.