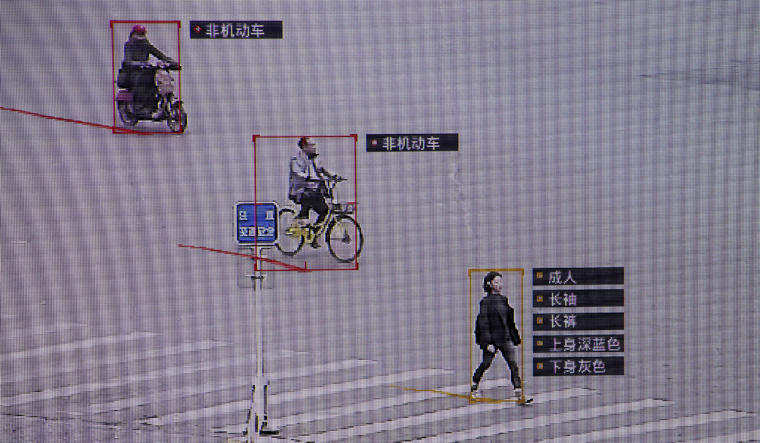 In the not too distant future, surveillance cameras sitting atop over 100,000 lampposts in Singapore could help authorities pick out and recognize faces in crowds across the island-state.

The plan to install the cameras, which will be linked to facial recognition software, is raising privacy fears among security experts and rights groups. The government said the system would allow it to “perform crowd analytics” and support anti-terror operations.

GovTech, the Singapore government agency in charge of a “Lamppost-as-a-Platform” pilot project scheduled to begin next year, has given companies until May to register their interest in providing technology for the network.

“As part of the LaaP trial, we are testing out various kinds of sensors on the lampposts, including cameras that can support backend facial recognition capabilities,” a GovTech spokesman said in an emailed statement to Reuters.

“These capabilities may be used for performing crowd analytics and supporting follow-up investigation in event of a terror incident.”

Singapore says the project is part of a broader “Smart Nation” plan to use cutting-edge technology to improve people’s lives and has pledged to be sensitive to privacy.

Video surveillance networks are common in cities like London or New York. But Ian Wilson, a security lecturer at Australia’s Murdoch University said he believed that Singapore’s would be different in that it might involve extensive facial recognition technology.

Such technology has become commonplace in Chinese cities like Beijing and Shanghai.

Some top officials in Singapore played down the privacy concerns.

Prime Minister Lee Hsien Loong said last week that the Smart Nation project was aimed at improving people’s lives and that he did not want it done in a way “which is overbearing, which is intrusive, which is unethical”.

The spokesman for GovTech said: “The need to protect personal data and preserve privacy are key considerations in the technical implementation of the project.”

The government also hopes to use other sensors on the lamp posts to monitor air quality and water levels, count electric scooters in public places, and collect footfall data to aid urban and transport planning, GovTech said.

GovTech did not say how many lampposts would be used in the initial pilot project. But a former head of Singapore’s civil service, Peter Ong, said last year that the country aims to bring all of its 110,000 lampposts into the sensor network.

Adam Schwartz, senior staff attorney at the U.S.-based rights group Electronic Frontier Foundation, urged Singapore and other governments not to adopt facial recognition surveillance technology, in a response to a request for comment from Reuters.

He said he was concerned such technology could be turned on political opponents or used to curb free speech by deterring peaceful protest. Facial recognition technology typically allows authorities to match people picked up on cameras with those in databases.

Singapore’s only opposition party in parliament, The Workers’ Party, declined to comment.

Yitu Technology, a Chinese company that has recently opened its first international office in Singapore, told Reuters it was weighing a bid with its partners.

Yitu opened a sales and marketing operation in Singapore this year and also plans to set up a research and development hub in the country.

The company says its facial recognition platform is capable of identifying over 1.8 billion faces in less than 3 seconds. Singapore has a population of 5.6 million people.

“We see a big potential in this country. They are ready for the AI revolution” said Lance Wang, Yitu’s general manager for Southeast Asia, Hong Kong and Macau, adding that the firm was discussing a potential bid with partners.

Xjera Labs, a Singapore-based company, said it was putting in a bid with partners.

A spokeswoman for SenseTime, a facial-recognition software company dual-based in Beijing and Hong Kong, said it was “exploring the situation” and declined further comment. The company includes Singapore’s state investor Temasek as one of its backers following a $600 million funding round which closed on Monday.

Wilson, the security lecturer at Murdoch University, said that unlike cities like London or New York, Singapore did not have a high crime or terror-threat level that justified such surveillance capabilities.

In its 2018 risk map published this week, AON, a professional services company, ranked the terror threat in Singapore as “low”.

The government says, however, that the country faces threats from both home-grown militants and foreign terrorists