US solar forecast ratcheted down as tariffs weigh

US solar energy installations will grow slower than previously expected 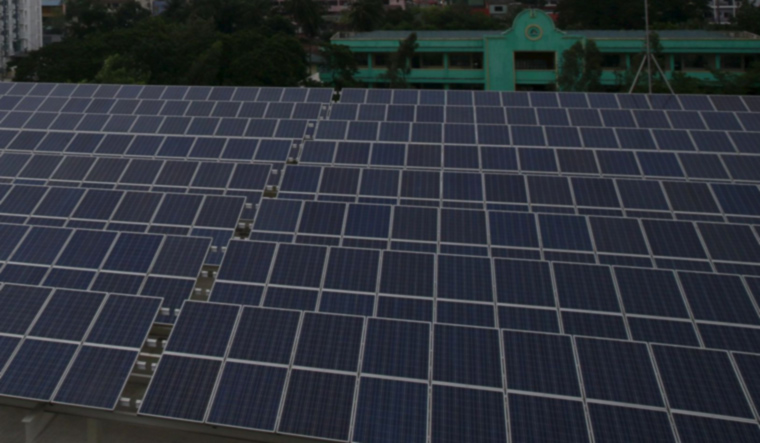 US solar energy installations will grow slower than previously expected in the coming years due to the Trump administration's tariffs on panel imports and new federal tax laws that will restrict investment in the clean energy source, according to a report published on Thursday.

Installations between 2018 and 2022 will be 13 percent lower than originally forecast, GTM Research said in the quarterly solar market report it conducts for industry trade group the Solar Energy Industries Association. It will be years before US solar installations again hit the peak level of 2016, GTM said.

The slowdown marks a major shift for the solar industry, which has experienced runaway gains in the last decade thanks to government policies that support renewable energy and a sharp fall in the price of the technology. In 2017, the market fell 30 percent.

The decline was widely anticipated because in 2016 developers completed a slew of projects ahead of what was supposed to be an expiration of a key tax credit. Ultimately, the credit was extended. But in January, US President Donald Trump imposed a 30 percent tariff on solar panel imports in a move billed as a way to protect American jobs, but which the solar industry said would raise prices and hurt investment.

Large solar projects for utilities are the most vulnerable to the tariffs as panels can account for up to half the cost of their projects. That market is expected to grow this year and in 2019, but remain largely flat between 2020 and 2022 as more projects are procured purely for economic reasons and outside of mandates."When you increase the price for modules, they are either going to be pushed out to when the tariff expires or shelved for the time being," Austin Perea, senior solar analyst at GTM, said in an interview.

Lower corporate tax rates resulting from the tax overhaul passed by Congress last year will also crimp demand for so-called tax equity financing, a mechanism by which banks and others invest in solar projects to claim the associated 30 percent tax credits and offset their large tax bills. The tax equity market is a key way solar projects are financed.