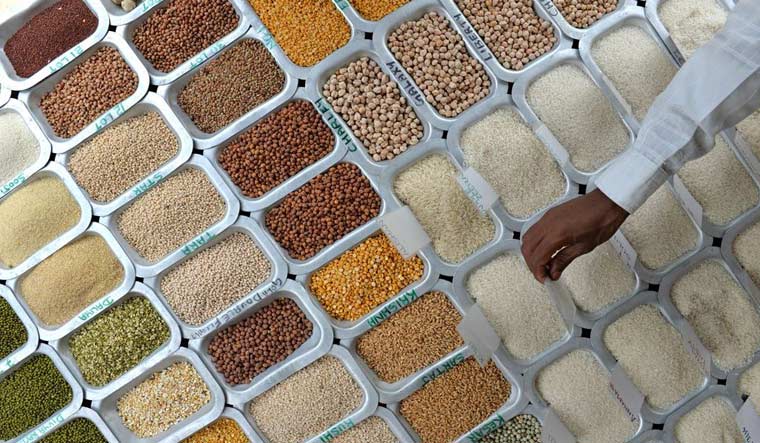 Delhi-based Sohan Lal Commodity Management (SLCM), a company involved in the segment of post-harvest storage, agricultural collateral management and procurement, is all set to obtain a patent for its in-house developed Artificial Intelligence-infused technology, which is likely to reduce post-harvest loss for farmers considerably.

The AI-driven process allows the company to monitor any of the 710 agri-commodities that they deal in, and micro manage their storage environment remotely, with the use of sophisticated sensors and other equipments. The new system, called Agri Reach, has become part of the standard operating procedure for all 2,100 warehouses and 19 cold storages of the company across India.

“We have come a long way in managing our operations from when there were no telecom system, to a 2G-enabled telecom system and now, when 3G is available in most locations,” said Sandeep Sabharwal, CEO of SLCM, which has tied up with all major PSUs and private sector banks for offering their collateral management products (loans against tradeable warehouse receipts of crops) to farmers.

“The predictive engine has been developed through our past 9 years of operations. It is constantly predicting storage conditions, suggesting preventive actions to reduce rotting damage and also predicting curative process if storage conditions had deteriorated,” said Sabharwal. The efficacy of the predictive engine was tested by industry body FICCI last year, and the study assessed that storage losses at the warehouses had reduced to 0.5 per cent from 10 per cent earlier.

The development holds significance considering that almost 40 per cent of India's fruits and vegetables produce goes to waste during harvest and post-harvest. The value of such loss in india is estimated to be about Rs 92,000 cr annually, at 2014 wholesale prices, the union agriculture ministry assessed in the year 2016.

The Food and Agriculture Organisation (FAO) assessed that globally, around 1.7 billion tonnes, or almost one-third of the food produced for consumption globally, gets wasted. The associated economic, environmental and social costs of this loss are estimated to be $ 1 trillion, $ 700 billion and $900 billion every year.

While a final nod on the pending patent application for 'Agri Reach' process has already been received by SLCM from the Government of India, a final publication of the patent details in government's publication is awaited.

Once the patent is received, SLCM plans to offer this technology as a new offering from the company. “With Agri Reach, anyone would be able to reduce storage wastage of agricultural commodities. In the next stage, we would like to be able to sell this self-learning software to our clients. This could be the future for us,” said Sabharwal.