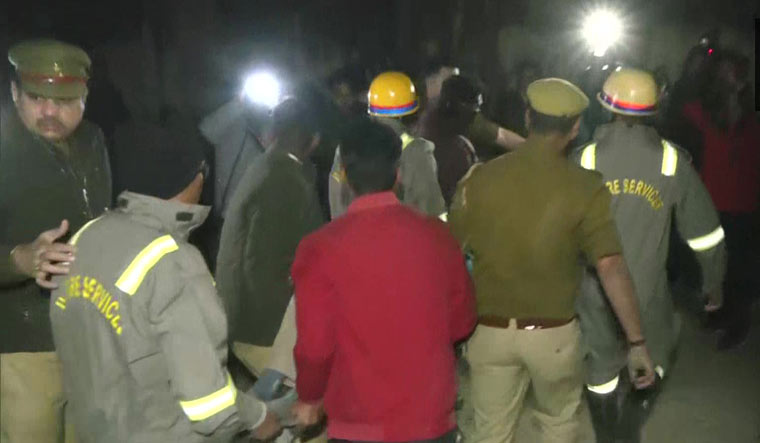 At least three people died as an old multi-storey residential building collapsed in Lucknow's Hizratganj area on Tuesday evening. According to reports, several people are feared trapped under the rubble.

Deputy Chief Minister Brijesh Pathak said rescue operations are under way and that the NDRF and fire brigade personnel are present at the spot.

"Building collapsed suddenly. Three dead bodies have been found and sent to the hospital. NDRF, fire brigade personnel are present at the spot, rescue operation is underway," he said.

According to an official statement, Chief Minister Yogi Adityanath has directed the officials of the district administration to take the injured to the hospital immediately for their proper treatment.

“The District Magistrate and senior police officers, SDRF, and NDRF teams have been instructed to go on the spot and get relief work done. Along with this, many hospitals were instructed to remain alert," the statement said.

Earlier, tremors had been felt across several northern states after an earthquake measuring 5.4 in Nepal. However, it is not immediately clear if the tremors had weakened the building.