I will react at an appropriate time, he said 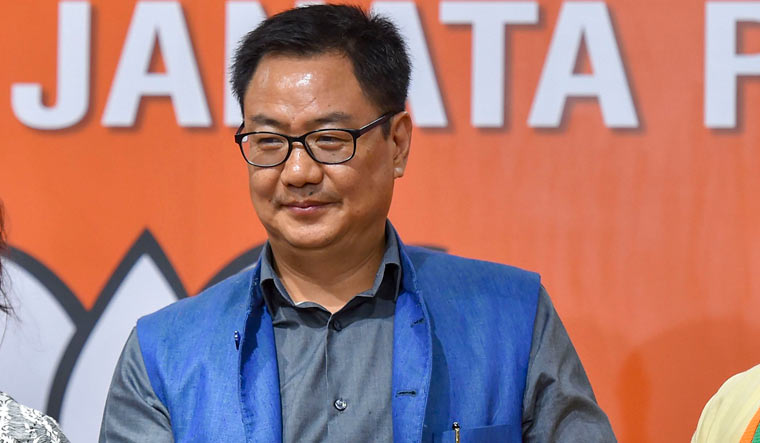 Union Law Minister Kiren Rijiju on Tuesday said it was a “matter of grave concern” that the Supreme Court collegium put in the public domain parts of intelligence reports with regard to names being considered for a judgeship. He would talk about it at the right time, he added.

Rijiju, who was talking to reporters, was responding to a question about the collegium's recent resolutions with regard to recommendations and reiterations for a judgeship in the higher judiciary in which it had made references to the reports of the intelligence agencies.

“Putting secret and sensitive reports of the RAW and the IB in the public domain is a matter of grave concern. I will react at an appropriate time,” Rijiju said.

He further said: “The concerned officer who is working for the nation at a secret location, when his or her report is put in the public domain, it will have an implication for him or her.”

The minister, who has been at loggerheads with the judiciary, especially with regard to the collegium system of appointment of judges, said that he does not agree with the criticism that his comments on the process of appointments has compromised the independence of the judiciary.

“I am not commenting and nobody should make any kind of comment on judicial orders. Certain comments have been made that my comments have compromised the independence of the judiciary The process of appointments is an administrative matter. It has nothing to do with judicial pronouncements,” Rijiju said.

He said he has come across statements and tweets that making comments about the National Judicial Appointments Commission or the Memorandum of Procedure for appointment of judges amounts to lowering the dignity of the Supreme Court.

“Nobody in India says that he or she will defy court orders. Judicial orders are totally different from the administrative process,” he said.

Meanwhile, the law minister appeared to be seeking to calm down matters when he said that the pendency of cases, which now stands at around 4.9 crore, can be dealt with only by a collaborative effort between the e-committee of the Supreme Court and the justice department.

Rijiju, who was addressing a briefing on the e-courts project which has won the Digital India Award for 2022, said the project is a collaboration between the e-committee of the Supreme Court headed by Chandrachud and the justice department.

The minister said he had urged Chandrachud to continue heading the e-committee even after he became the CJI since Phase III of the e-courts project is in a critical phase and he agreed to do so.

He said Phase III of the e-courts project will be taken up by the union cabinet for approval soon.