SP distanced itself from Maurya's remark, saying it was his personal comments 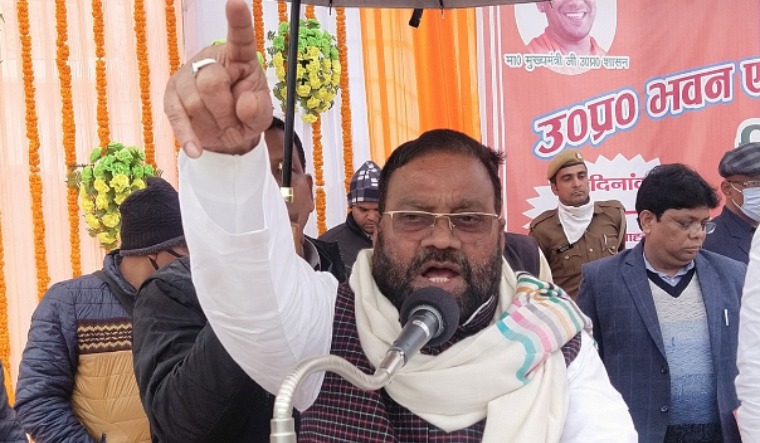 A section of Muslim clerics on Monday condemned Samajwadi Party leader Swami Prasad Maurya's remarks on Ramcharitramanas and demanded an apology from him.

SP leader Maurya had on Sunday alleged that certain portions of the Ramcharitmanas "insult" a large section of society on the basis of caste and these should be "banned."

The party distanced itself from Maurya's remark, saying it was his personal comments.

All the same, the Bharatiya Janata Party in Uttar Pradesh demanded that he apologises and takes back his statement.

Maurya, who is considered a prominent OBC leader in the state, said, "Religion is meant for the welfare of humanity and for the strengthening of it."

However, not many were impressed with his take on the Hindu epic.

"Being Muslim and true followers of Islam and the last Prophet, we have regard and respect for Hindu dharma and its scriptures. I on behalf of Muslim community strongly oppose the comments made by Swami Prasad Maurya and demand an immediate apology," Maulana Wasif Hasan, Mutawalli of famous Tiley Waali Masjid in Lucknow tol PTI.

Another local cleric said the epic was rich in moral teachings on how to form an ideal society.

"In our childhood, we too read the Ramcharitmanas and used to learn the verses. The Muslim community cannot accept any disrespect towards this book, I demand that Maurya must take his words back," he said.

Maulana Liyaqat Ali, another cleric from Ayodhya, said: "Ramcharitmanas clearly reflects a secular and socialist society of that time where there is no difference of caste and, we respect this book and oppose any disrespectful comments against it."

"I demand that Akhilesh Yadav, the President of Samajwadi Party, issues a clarification," Liyaqat Ali added.

Athar Husain, President of Centre for Objective Research and Development, said "It is our humble request that those who are in public life in any form must restrain themselves from commenting on any religious book or personality."

"Muslims at large have deep respect for the Ramcharitmanas as sacred literature, and we strongly condemn any such comment that disregard this religious book," he said.

Maurya had on Sunday said, "If there is any insult to a section of society due to certain lines in the Ramcharitmanas on the basis of 'jaati', 'varna' and 'varg', then it is certainly not 'dharma', it is 'adharma'."

He said, "there are certain lines in which names of castes such as 'teli' and 'kumhaar' are mentioned" which hurt the feelings of lakhs of people who belong to these castes.

Maurya made the demand that such portions of the book which, according to him, deprecates one on the basis of one's caste, or any such marker, should be banned. PTI COR SAB   VN VN 01231414