Ukraine war weapons in Nigeria: Why India should be concerned 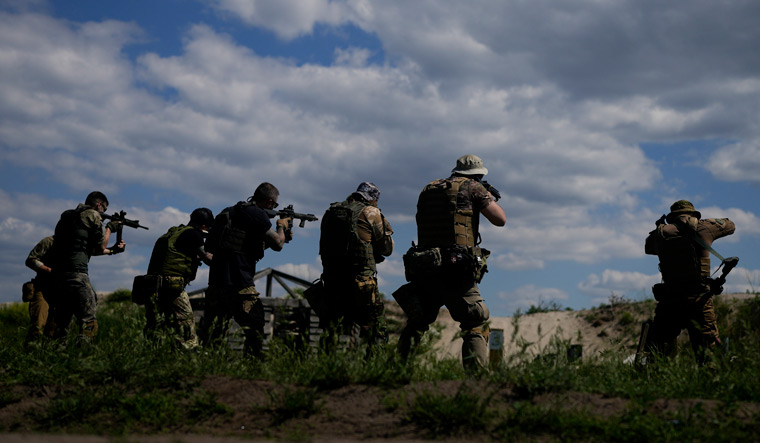 A few months after the Ukraine conflict began on February 24, there have been reports of West-supplied small weapons and ammunition having being found in the Islamist militancy-plagued regions of Africa.

The confirmation came from none other than Nigerian President Muhammadu Buhari on Tuesday when he declared that because of the ongoing conflict in Ukraine, weapons and fighters are streaming into the terror hotspot of the Lake Chad region.

While President Buhari, speaking at a Lake Chad Basin Commission summit in Abuja, did not name the terror groups that were using the weapons being smuggled out from Ukraine, there was no doubt that the dreaded Boko Haram was one of the main recipients.

Historically, Ukraine had been a key weapons supplier for the sub-Saharan African nations.

The Sunni radical Boko Haram terror group in Nigeria styles itself as the Islamic State (IS) in neigbouring Chad and Niger and is a declared affiliate having announced a ‘bayah’ (oath of allegiance) to the Islamic State in Iraq and Syria (ISIS).

In India, the Islamic State has a proven presence, including in Kashmir. A few Indians, mainly from Kerala, had also travelled to conflict zones in Afghanistan and Iraq to wage the ‘holy war’.

Initially, the Afghanistan-headquartered Islamic State of Khorasan (ISK) began as a self-declared ‘wilayat’ (province) under the overall control of the ‘caliphate’ of ISIS.

But, perhaps, realising the distinct importance of India and Pakistan, ISK branched out to set up ‘Wilayat al-Hind’ branch for India and the ‘Wilayat Pakistan’ for Pakistan on May 10, 2019, and May 15, 2019, respectively.

The development has significant security implications for India as there is a flourishing illicit drug trade between India and Nigeria especially of the ‘made in India’ opium-based ‘Tramadol’.

The International Narcotics Control Board (INCB) had pointed out in a recent report: “Illicit tramadol sales have previously been associated with the funding of violent extremist groups operating in parts of Africa.”

Available as tablets and injections, the painkilling Tramadol (chemical name tramadol hydrochloride) is mostly manufactured in factories—licit and illicit—from Punjab to Gujarat is known by different names like ‘chill pills’, ‘trammies’, ‘ultras’, and ‘tomatoes’.