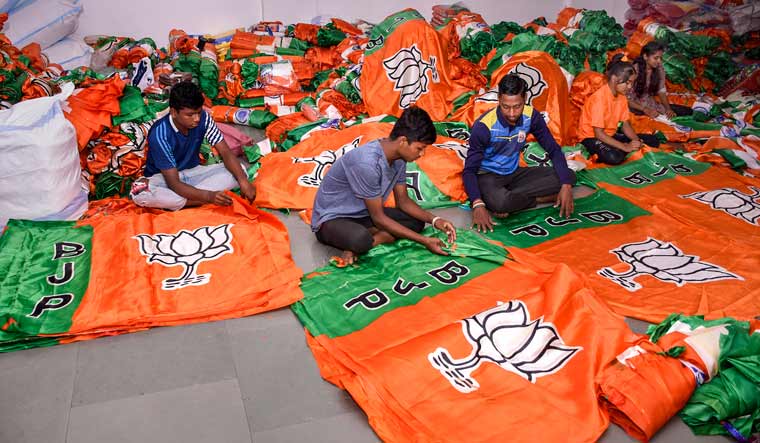 The ruling Bharatiya Janata Party (BJP) got Rs 163.54 crore, or nearly 94 per cent of corporate donations received by four political parties in Gujarat in the five years from FY 2016 to FY 2021, a report by the Association for Democratic Reforms (ADR) said.

Congress stood a distant second getting Rs 10.46 crore from 47 donors, stated the report.

Political parties received the highest corporate donations worth Rs 48.83 crore from 532 donations in fiscal 2018-19, ahead of the Lok Sabha elections, it said.

The report has been compiled by the Association for Democratic Reforms in the context of the Assembly elections in Gujarat, which will be held in two phases on December 1 and 5.

Between March 2018 and October 2022, a total of 595 (electoral) bonds worth Rs 343 crore were purchased from the Gandhinagar main branch of the State Bank of India, the ADR said.

The total income declared by national and regional political parties whose annual reports were available on the Election Commission's website is Rs 16,071.60 crore, the report further stated.