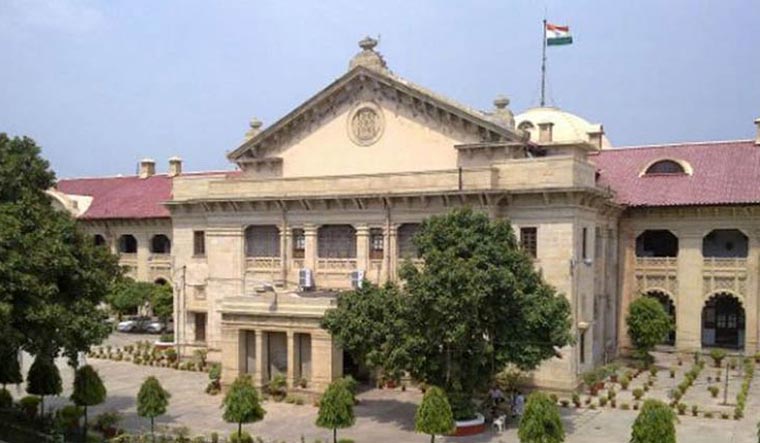 The Lucknow bench of the Allahabad High Court on Tuesday rejected the petition filed by Vinay Pathak, the vice chancellor of Kanpur University, to quash an FIR filed against him on charges including extortion and intimidation.

The two-judge bench observed that the allegations of the FIR and material evidences gathered during investigation constitute cognizable offences and thus the FIR was not liable to be quashed.

The defence team had argued that as per Section 17A of the Prevention of Corruption Act, prior sanction is required before an FIR is filed against a public servant. Since such a sanction was not obtained by the aggrieved party, the complaint was liable to be quashed, they had said.

The defence had also argued that under Section 386 of the Indian Penal Code, no specific allegation against the petitioner has been levelled to constitute a prima facie offence. The subject of the said section is extortion by putting a person in fear of death or grievous hurt.

Pathaks’s team also claimed that while the alleged incidents took place in the months of February and April, 2022, the FIR was lodged on October 29. It did not mention a specific date in February on which the incident had taken place. “…the allegations so levelled in the FIR are highly improbable in as much as when the complainant was allegedly instructed to deposit a sum of Rs.63 lakh in one International Business Firm account at Alwar, Rajasthan, as to why he had deposited a sum of more than Rs.74 lakh approx.” (sic.), argued the defence.

The court suggested that the defence seek anticipatory bail under Section 438 of the CrPC, instead of filing writ petition under Article 226 of the Constitution of India.

Section 438 of the Code of Criminal Procedure states, “When any person has reason to believe that he may be arrested on an accusation of having committed a non- bailable offence, he may apply to the High Court or the Court of Session for a direction under this section; and that Court may, if it thinks fit, direct that in the event of such arrest, he shall be released ...”. Article 226 of the Constitution details the writs that can be issued by the Court. In the present case, the defendant had sought the passage of the writ of Mandamus which is in the nature of a command to an inferior court or ordering a person to perform a public or statutory duty.

Pathak, who is also the officiating VC of the Agra University, is accused of extorting Rs 1 crore plus from one Denis Mario who had conducted examinations-related work at the university. These payments were in the manner of commissions that, according to the VC, had to be paid if final payments for the work done were to be released.

Mario’s FIR had included sections for wrongful confinement, extortion, intentional insult with intent to breach peace and criminal intimidation under the Indian Penal Code. In addition, Pathak was charged with Section 7 of the Prevention of Corruption Act relating to public servants taking bribes, making demands for illegal gratification and the acceptance thereof.