Army, IAF set to get much more teeth to tackle threats along the borders 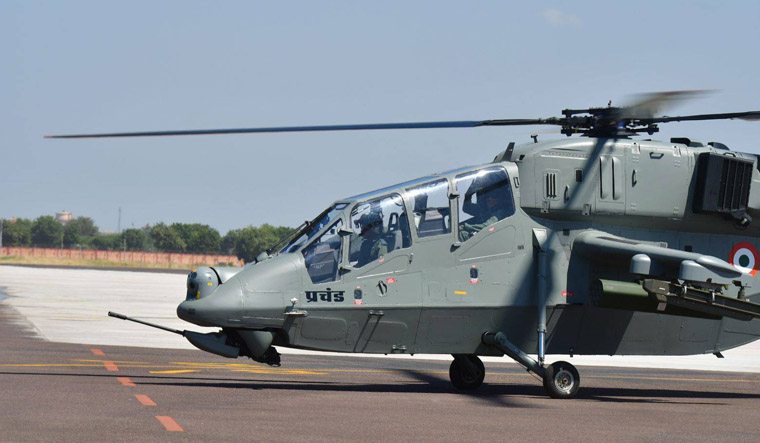 Its multi role capability — to operate everywhere, at any time, and in any weather condition, with explosive fire power — 20mm gun, 70mm rockets, anti-tank and air-to-air missiles — and high maneuverability and operability even at an unbelievable ceiling of 21,000 feet and an operational range of 500 km — makes ‘Prachanda’ quite the tactical force-multiplier.

Besides being an obvious affirmation of India’s growing prowess in indigenous design, development, and manufacturing and a significant milestone in self-reliance in defence, the multi-role twin-engine LCH is capable of taking ground attack and aerial combat capabilities to higher benchmarks.

Although, only 15 LCHs are being produced (10 for the IAF, five for the Army) at the moment, the requirement is much more and holds out a promise for enabling mass production of the copter.

And in the western plains, where the Pakistanis are historically known to rely on armoured thrusts, the ‘Prachanda’ can unleash its explosive fury to fearsome effect.

On Monday, Defence Minister Rajnath Singh undertook a sortie in the Hindustan Aeronautics Limited (HAL)-manufactured combat helicopter in Jodhpur shortly after its induction into the IAF.

Among the dignitaries present at the event were the newly-appointed Chief of Defence Staff (CDS) General Anil Chauhan and the Chief of Air Staff Air Chief Marshal VR Chaudhary.

The minister said that while the need for a LCH was most urgently faced during the Kargil conflict (1999), ‘Prachanda’ is the result of nearly two decades of R&D and indigenous efforts.

Singh added that the recent conflicts in Ukraine and elsewhere showed us that heavy weapon systems and platforms, which do not allow for rapid movement in the battlefield, are sometimes vulnerable and become easy targets for the enemy. Therefore, the need of the hour is to move toward the development of those equipment and platforms, which are mobile, have ease of movement, are more flexible, and at the same time meet the requirements of the armed forces.