Amit Shah to address mega rallies on October 1, 2 in Kashmir

To take stock of several developmental projects and security issues 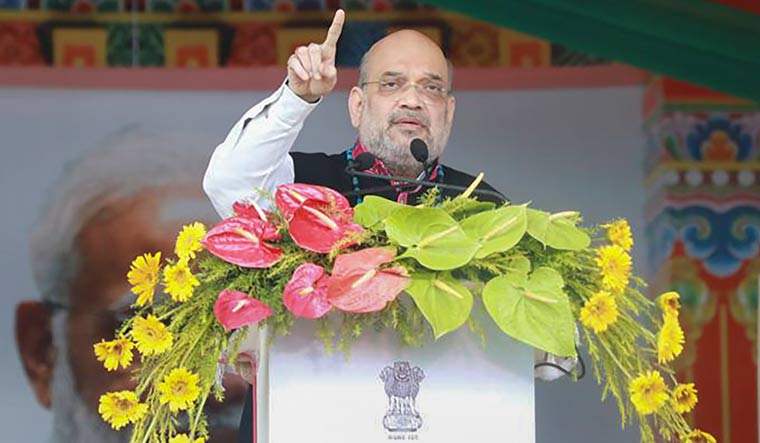 Union Home Minister Amit Shah will address mega rallies in Jammu and Kashmir’s Rajouri and Baramulla on October 1 and October 2.

This was stated by former minister and BJP’s Kashmir Affairs in-charge, Sunil Sharma, on Saturday at a press conference in Srinagar.

He said that the home minister will talk about several issues and highlight developmental work in Jammu and Kashmir undertaken by the central government on various fronts.

“This is his routine visit to the region,’’ he said. “Yesterday the home minister visited Bihar as well and he will be visiting J&K also, which is a routine visit to take stock of several developmental projects and security issues.”

He said Shah will lay the foundation stone for a cancer hospital in Srinagar which will be built by Jammu and Kashmir Wakf Board.