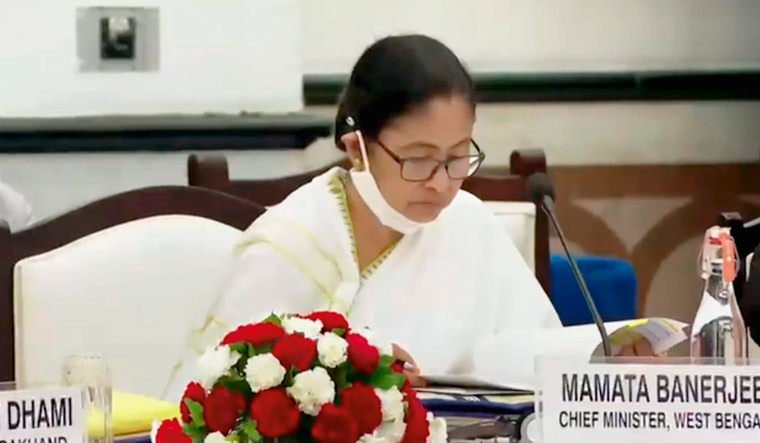 West Bengal Chief Minister Mamata Banerjee, on Monday, said she doesn't believe that Prime Minister Narendra Modi is behind the alleged excesses of central agencies in the state and blamed a section of the BJP leaders for misusing them to serve their interests.

Banerjee, who was speaking on a resolution in the assembly against the excesses of the central probe agencies, urged the prime minister to ensure that the agenda of the Union government and the interests of his party do not get mixed up.

The BJP opposed the resolution which was later passed by the assembly.

"The present union government is behaving in a dictatorial way. This resolution is not against anyone in particular, but against the biased functioning of the central agencies," Banerjee, also the Trinamool Congress supremo, said.

Leader of the opposition Suvendu Adhikari said such a "resolution against the CBI and ED" is against the rules and regulations of the assembly.

The resolution was passed through division, with 189 voting in favour of it and 69 against.

Central agencies such as CBI and ED are probing into several cases in the state, in which senior TMC leaders are accused.