In a straight rebuttal to Azad, Mehbooba says her party will fight for Article 370 restoration

She termed Azad's remarks on Article 370 a "personal opinion" 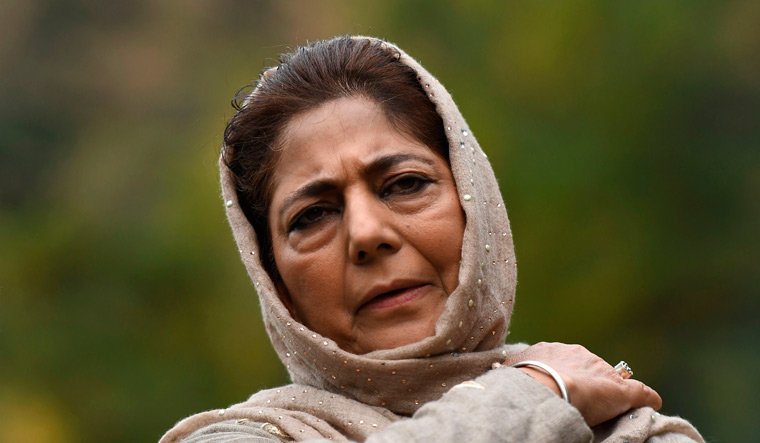 At his maiden rally in Kashmir after quitting the Congress last month, Azad had on Sunday slammed those promising the restoration of Article 370, saying it was not in their hands and that he would not mislead people over the issue.

Mehbooba, however, said, "The way the Congress put an end to oppression by the British, there are voices in Jammu and Kashmir which believe that not only will Article 370 be restored but the [Kashmir] problem will also be resolved."

Former Congress leader Ghulam Nabi Azad had earlier slammed those promising the restoration of Article 370 even though it was not in their hands and said he would not mislead the people over the issue. In his maiden rally in Kashmir Valley after quitting the Congress last month, he said only a government with a two-thirds majority in Parliament can ensure the restoration of the special status of Jammu and Kashmir.

Azad said only a party with a two-thirds majority in Parliament can restore the special status of the erstwhile state which was revoked by the Centre in August 2019. "Congress party hasn't been able to achieve more than 50 Lok Sabha seats in the last ten years. Let God help them. But, I have been in politics, and I don't think the Congress party can get over 350 seats in my lifetime. Its strength is decreasing in Rajya Sabha with every state loss," he said.

"Where from can I get it? Where can I get those votes needed in Lok Sabha or Rajya Sabha? Why mislead people? So, tell me who is lying? Me, or they?" he added. Azad said it is “another betrayal” with the people of J-K when some parties say they will restore Article 370.