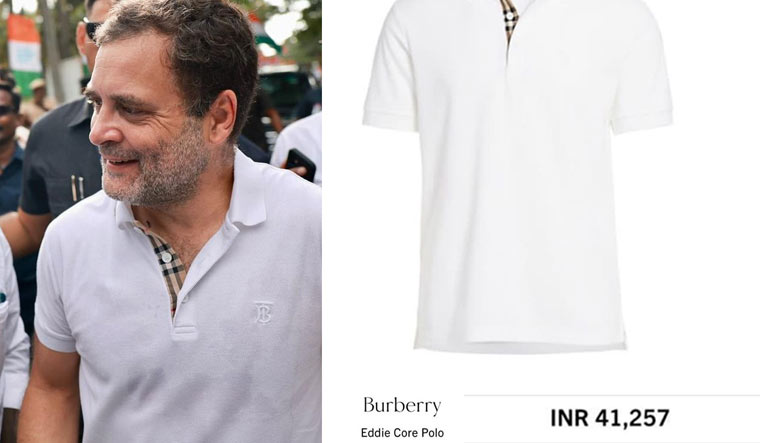 The BJP, on Friday, took a dig at Congress leader Rahul Gandhi by suggesting that a T-shirt he wore during the ongoing 'Bharat Jodo Yatra' cost more than Rs 41,000.

"Bharat, dekho," (India, look), the Bharatiya Janata Party (BJP) tweeted from its handle and posted two pictures, one of Gandhi and the other showing the price of a T-shirt similar to the one he was wearing. The Burberry T-shirt cost Rs 41,257, it claimed.

However, the Congress leader had his share of defenders. One user alleged that such a tweet from the BJP showed that it was "rattled" by the yatra while another noted that it was not public money that Gandhi is spending on his clothes.

Speaking to the media during the yatra, which started from Kanyakumari on Thursday, Gandhi said he is not leading the yatra and is only participating in it and it is aimed at "undoing the damage done by the BJP-RSS" by spreading "hatred" in the country.