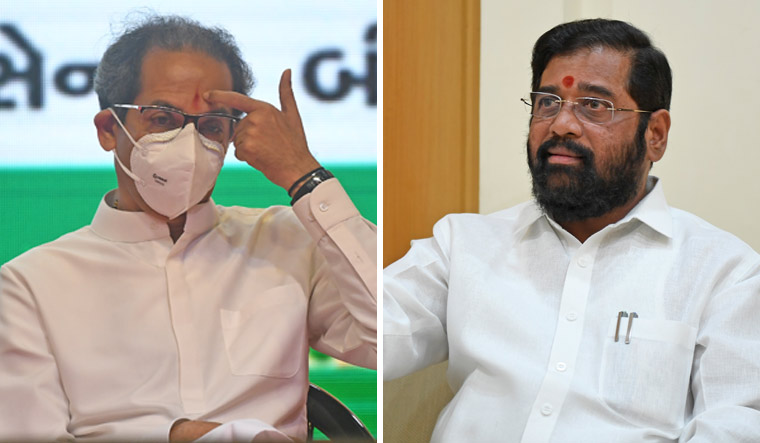 The Uddhav Thackeray faction of the Shiv Sena has sought four weeks to submit documents in support of its claim on the election symbol, a party leader said on Monday.

Last month, the Election Commission had asked the rival factions of the Shiv Sena, led by Thackeray and Chief Minister Eknath Shinde, to submit documents by August 8 in support of their claims on the election symbol of Shiv Sena- a "bow and arrow".

We have sought four weeks from the Election Commission as the plea to disqualify the rebel MLAs is heard by the Supreme Court. So let the pleas be decided first and this can be decided later, Anil Desai, a Thackeray loyalist, told PTI.

On August 4, the Supreme Court asked the EC not to take any precipitate action for now on the Eknath Shinde faction's plea that it be considered the real Shiv Sena and granted the party's poll symbol- bow and arrow.

The poll body had asked to submit documents, including letters of support from the legislative and organisational wings of the Sena, and the written statements of the rival factions.

The requirements were made in line with Paragraph 15 of the Election Symbols (Reservation and Allotment) Order, 1968.

Earlier this week, the Shinde faction had written to the EC seeking allocation of the party's 'bow and arrow' election symbol to it, citing the recognition granted to them in the Lok Sabha and the Maharashtra Assembly.

The Shiv Sena split last month when more than two-thirds of the party's 55 MLAs led by Shinde withdrew their support from the Maharashtra government led by Uddhav Thackeray.

Shinde was sworn in as the Chief Minister on June 30 with the support of the BJP.

Last month, at least 12 of the 18 Shiv Sena members in the Lok Sabha had expressed 'no confidence' in floor leader Vinayak Raut and declared Rahul Shewale as their floor leader.