The members were holding protests with placards inside the House 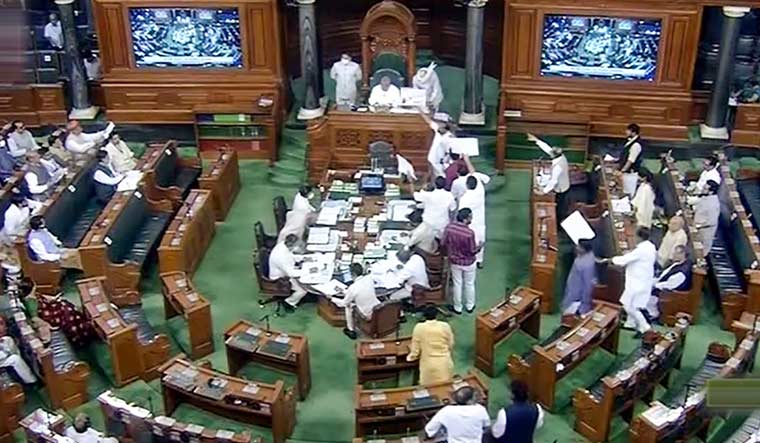 Four Congress MPs were suspended from Lok Sabha for the rest of the Monsoon session on Monday for holding protests with placards inside the house and disrupting the proceedings even after repeated warning.

The suspended MPs Manickam Tagore, T.N. Prathapan, Jothimani and Ramya Haridas were protesting against the price rise. They had been earlier warned by Speaker Om Birla and asked to hold placards outside the House.

"If you want to show placards, do it outside the house. I am ready for discussions, but don't think my kind-heartedness is a weakness," the Speaker had said.

However, when the session resumed at 3 pm, the MPs returned to the House with placards.

Following this, Parliamentary Affair Minister Pralhad Joshi moved a resolution to suspend the four for the rest of the session. The House then passed the resolution by a voice vote and Rajendra Agarwal who was chairing the proceedings announced their suspension.

The MPs later went near Mahatma Gandhi's statue on the parliament grounds and raised slogans there.