CM directs officials to shower petals on the Kanwariyas 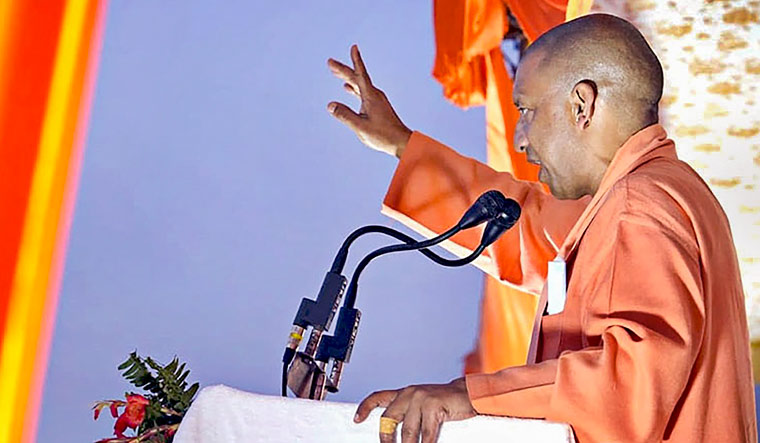 The CM directed officials to shower petals on the Kanwariyas, the official said.

The Kanwar Yatra is being taken out in the state after a gap of two years. Earlier, it was suspended due to the coronavirus pandemic.

At some places, huge tableaux can be seen accompanying the yatra and at other places, Kanwariyas were seen walking wearing masks of Adityanath and Prime Minister Narendra Modi.

In a video conference with senior officials, the chief minister directed that health posts be set up at various places along the Kanwar Yatra route. There should not be any display of weapons or processions of that kind, the CM said.

He instructed district magistrates and SPs to personally go to the spot where any untoward incident takes place.