Many feared trapped under the debris 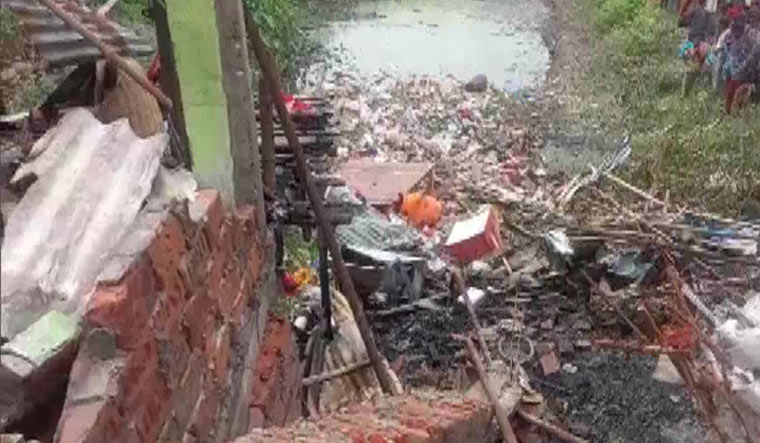 At least six people were killed while eight others injured in an explosion at an “illegal” firecracker factory at Khodai Bhag village in Bihar's Saran district on Sunday. Reports said the firecracker unit was operating inside the house of a businessman identified as Shabir Hussain.

Those injured have been rushed to hospital.

The three-storeyed building completely collapsed in the explosion. TV reports claim that at least 10 persons have been trapped under the debris and efforts are on to rescue them.

“Six people died after a house collapsed due to a blast in Chhapra. Efforts are being made to rescue people trapped under the debris. We are investigating the reason behind the explosion. A forensic team and a bomb disposal squad have also been called,” Saran SP Santosh Kumar was quoted as saying by ANI.

According to NDTV, the house is located on the banks of a river, into which a major part of the house collapsed.