Searching for the 'Sanjeevani' of Indian innovation in Covid-19 crisis

Can India harness lessons from pandemic and jump-start its innovation ecosystem? 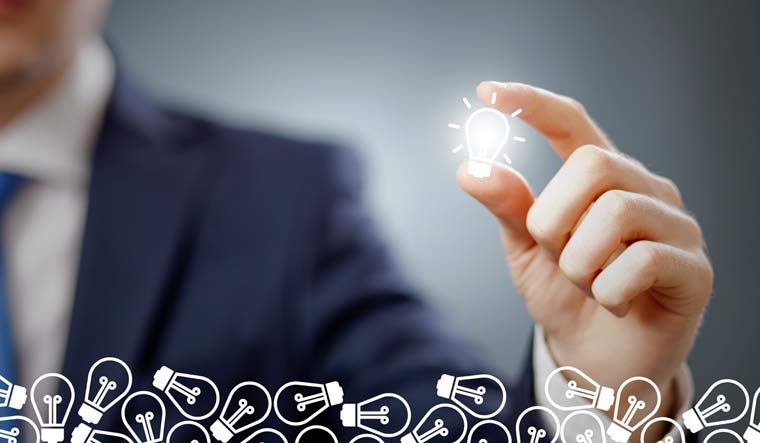 For years, India has been largely unsuccessful in nurturing and retaining its R&D talent and failed in luring back those who leave the country to be part of more evolved innovation-centred ecosystems elsewhere | Representative image

“My dream is to catalogue hundreds of bioactive compounds in the Gandhamardan Parbat in Odisha, hailed as the most bio-diverse spot in the world by many. But I don’t know what to do and how to go about such a project in India,” shared an Indian-origin bioinformatics research professional in the US, currently working in the Covid-19 vaccine research. Deep down, his unhatched dream has something in common with the ‘The Unfinished Agenda’ of Dr Anji Reddy, the late founder of Dr Reddy’s Ltd who called his autobiography by that name as his dream of discovering the first new drug from India remained unfulfilled in his lifetime. The mysterious Gandhamardan Hills, celebrated in the epic Ramayana as the source of life-restoring wonder herb Sanjeevani, and among modern botanists as a storehouse of medicinal herbs, remains as untapped as the innovation potential of generations of Indian scientists.

Despite earning the epithet of the ‘pharmacy of the world’ for being the source of low-cost drugs and vaccines, for years, India has been largely unsuccessful in nurturing and retaining its R&D talent and failed in luring back those who leave the country to be part of more evolved innovation-centred ecosystems elsewhere. About 40% of India-born researchers were working overseas, a Nature estimate found in 2011, the largest diaspora sent out by any of the 16 science-focused countries it studied. Much of this brain-drain has to do with lack of an innovation ecosystem that can stimulate the imagination of young minds and provide them with career pathways to realise their potential. Even as companies in India continue to focus on incremental innovations in complex generics and biosimilars, the Indian diaspora overseas plays a pivotal role in bringing first in class innovative drugs out.

The journey of Covid-19, particularly the way decades of learnings it crunched into a few months, offers a unique inflection point for India to turbo-charge its innovation ecosystem, particularly in bio-pharma and healthcare space. Rules were adapted, government agencies co-invested, and became partners in innovation, industry players jumped into the fray to take risks, alliances—global and local—across the space were forged at speed, and a ‘can do’ attitude pervaded. Combine that with the entrepreneurial energy of the fast-growing start-up space, and the country felt a fresh momentum going for innovation actors—regulators, government, industry, entrepreneurs, VCs, and academia. Can the country seize this moment by rebuilding and connecting the building blocks of the innovation ecosystem?

As political will made Covid-19 vaccine a national priority, high-level inter-ministerial groups with participation of stakeholder ministries on vaccine research, and implementation of vaccination drive were formed to take prompt decisions and own them collectively.

Regulators and government ecosystems, who had traditionally been only vetting agencies, suddenly acquired an urgent stake in turning innovative ideas into practical solutions. A top official at Department of Biotech (DBT) had a dashboard installed on her table to check how vaccine candidates were progressing through clinical trials. A senior health ministry official compared the night before the Covid-19 vaccine launch to the nail-biting excitement of space-ship launch.

This cut into two longstanding cribs the industry has had about government decision-making, that it is fragmented across multiple agencies (representing health, science, pharmaceuticals) which delays approvals and regulators are by character problem finders rather than solution seekers. During Covid-19, DBT gave out grants, actively monitoring the progress of a basket of vaccine candidates representing a range of technologies. ICMR was partnering with Bharat Biotech on Covaxin.

Regulatory reviews, like elsewhere in the world became ‘rolling’ during the pandemic, that is processes that happened sequentially now happened simultaneously and parallelly, though the process needed to be more transparent. If India has to innovate products for the world, our regulatory agencies have to win the trust of the world, and for that, regulatory reforms is a must.

But the clear articulation of a public policy goal in drug research; bringing arms of the government involved in decision-making on a single platform; and the government co-investing with the private sector atleast in research programmes in diseases for which it has set targets to eliminate, Malaria, Kala-Azar, Lymphatic Filariasis, TB, will serve the innovation ecosystem well.

One reason Covid-19 vaccine arrived so fast is because of the way the research community across the world organised itself by forging collaborations at speed. Researchers at University of Copenhagen report 93 Covid-19 research partnerships in just one year, against 101 collaborations in two decades till 2011. Over a third of Covid-19 vaccine development projects registered with WHO in 2021 involved multiple partners. Seven out of ten vaccines approved in India today have been developed through such collaborations.

Encouraging and institutionalising collaboration of Indian researchers with reputed global institutes at different stages of research can bring other benefits too in specific areas of lack for India. For instance, Indian research institutes in science and engineering have almost increased their research output by over seven times since 2001 in sciences, but publications from the country still rank low on global citations and impact, according to data of National Science Foundation of the US. Only about 20 per cent of Indian publications have international collaboration against over 40 per cent of the US publications, and over 55 per cent of the UK and Germany. Forging global collaborations can enhance the quality and impact of Indian publications as international networks have been identified as a crucial conduit to increase the influence of research. These targeted collaborations have to be capability focussed, answering questions such as which research institutes in India can become centers of excellence for frontier technologies such as m-RNA and who they should collaborate with globally. Spray and pray doesn’t work - we need to map the capabilities of Indian ecosystem objectively and then eye global partnerships.

Already, start-up capital Bengaluru figures among the top ten cities globally that have shown maximum growth in ranks on how frequently inventors have collaborated on patents with overseas inventors, according to René Belderbos of Maastricht University. Another tested way to up the relevance of research is by incentivising the return of Indian scientists in the diaspora with relevant experience in more evolved scientific ecosystems.

If India is serious about evolving its emerging research ecosystem, it must learn to retain its talent at home and attract more talent from other countries, targeting particularly those who had migrated after studying here. Studies have found that those who earn their PhDs in reputed institutes are much less likely to work in places where higher education was perceived as less prestigious.

China identified this gap very early and in 2000s implemented focused strategies to turn its economy from a labour-intensive to talent-rich one. Without targeted interventions such as Thousand Talents Programme, the global ‘rencai’ (talent with skills) China would have attracted would be significantly lower, studies reckon.

Thousand Talents Program, incentivised return of talent by offering one-time tempting monetary awards, staggered research grants depending on the nature of projects, tax-breaks on earning, exciting projects in frontier tech among other perks. Like China, India needs to identify sectors including biotech, medicine, Artificial Intelligence, disaster prevention among others where it wants to spruce up its strength, set itself targets on how many and what type of skilled people it needs to attract, in which areas, prioritise R&D, increase its spending on R&D ecosystem and human talent programs.

While talent-hunting is important to lead research projects and train the next generation of researchers, there is no escape from laying a strong foundation for research and innovation in chemistry and biology. Outside of the US, be it China or South Korea or Israel, research ecosystems have needed a combination of state-backed strategies and industry initiatives to be powered. India still spends less than 0.7% of GDP on R&D (2018), less than half the average spend in low and middle-income countries, that stands at 1.86% (2020), and less than a third of high-income countries which spend 2.7% (2020), according to UNESCO data. This needs to change.

Unlike the other high-growth sector of IT, which is powered by pass-outs from IITs and many other engineering colleges, the bio-pharma sector hasn’t nurtured talent in centres of excellence barring a few like the IIS and IIT-BHU. No wonder the pharma industry still whines, that 66% of entry level employees are not job-ready and the sector has struggled to move up the value-chain. Contours are shifting already with DBT setting up a centre of excellence in IIT Delhi and Pfizer announcing a global drug development centre at the IIT Madras Research Park. Brand IITs, being the talent-magnets they have proved to be, are strategic locations for future centres of excellences, but these should be designed in consultation and partnership with the captains of pharma and biotech industries.

More biopharma-clusters that co-locate industry, academia, and start-ups, educational institutes where R&D senior professionals of companies can seamlessly become professors commensurate to their experience, and seed-funds jointly floated by industry-government to invest in research can help. Platforms such as Biotechnology Industry Research Assistance Council (BIRAC) which bring industry, academia and start-ups together have shown the potential of government-backed initiatives to infuse energy in an emerging sector like biotech. The country has over 5,000 biotech start-ups today, of which 1,100 were launched within last year, said Prime Minister Narendra Modi in June while celebrating a decade of BIRAC. This captures the heightened entrepreneurial action during the pandemic.

Mansukh Mandviya, the action-oriented minister in charge of both the health and pharmaceuticals portfolio, who has been credited with turning around the Jan-Aushadhi, a chain of cheap unbranded generic drugs can consider dusting off another project—a VC fund in public-private partnership to finance promising drug-discovery projects. First unveiled in 2010, the project has failed to take off.  The country can also learn from public-backed platforms like Israel Innovation Authority which brings together entrepreneurs in frontier technologies, enterprises, venture capitalists, academia, and government agencies to bridge the broken links in the ecosystem.

Igniting the intangible—fostering a culture of innovation

Ultimately, the desire to create, to know the thrill of innovation is a mind-set baked in the everyday life of a culture. Across history, all great civilizations have paid a premium for original thinking and arguably, innovation is one of the primary reasons why these civilizations peaked to their greatness. It is about nurturing curiosity, rewarding creativity, and embracing failure as a necessary step to success rather than being ashamed of it, which imbibes the risk-taking behaviour necessary for innovation in a country. In recent history, Israel a tiny country, has punched way above its weight when it comes to churning out Nobel Laureates in Science, start-up density, and innovation ecosystem.

Part of it is because, the innovation-oriented system there focuses on thinking globally, forges international networks and holds up its entrepreneurs as its role-models. Part of mastering the culture of innovation has also come from carefully building a well-oiled ecosystem which has produced generations of godfathers, who once successful, invest in next-generation entrepreneurs and mentor them, hand-holding them through the J-curve where the value of failure is recognised.

Being a survival-oriented economy, neither is risk-taking encouraged in our education system, nor is failure tolerated well. But something shifted during the Covid-19 journey, when regulations encouraged risk-taking, government co-invested, the industry and entrepreneurs seemed ready, even excited to heed the call for a greater cause. It is this spirit and momentum that must not be lost. We would know we have succeeded, when Indian parents stop goading their children to become the next engineer, and doctor, and start nudging them to become the next innovative entrepreneur.