A split among Shiv Sena parliamentarians is a very likely scenario 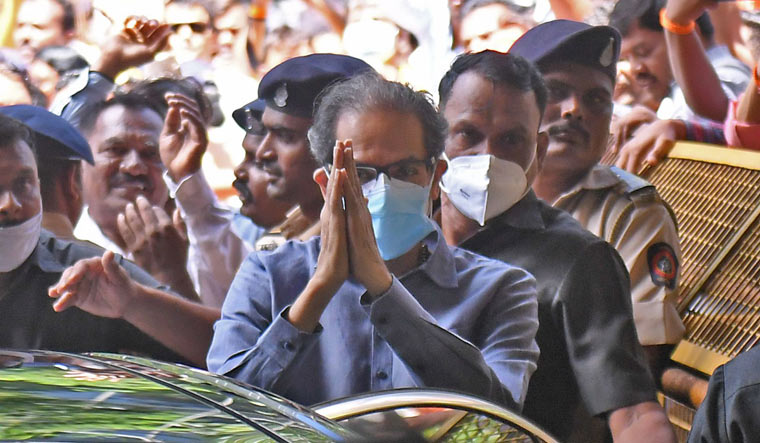 A split among Shiv Sena MPs is a very likely scenario. Last week, several of them had asked party chief Uddhav to mend fences with Maharashtra Chief Minister Eknath Shinde amid claims by BJP leaders that at least a dozen Lok Sabha members of the rebellion-hit party were in touch with them.

A central BJP minister claimed that the split in the Shiv Sena in Maharashtra will also have an impact in the Lok Sabha as at least a dozen Lok Sabha members of the party, out of the total 19, were ready to switch sides.

A meeting of Shiv Sena MPs, convened by Thackeray in Mumbai last week, saw suggestions being made even by a party veteran to patch up with the rebel group led by Shinde in the long-term interests of the party, Sena sources said. Thackeray's response to the suggestions was not immediately known.

The meeting was not attended by three lawmakers—Shrikant Shinde, the son of the new chief minister; Gawli, who is under the scanner of Enforcement Directorate; and Rajan Vichare, the Lok Sabha member from Thane, the sources said.

Shinde's son Shrikant, a two-term Lok Sabha member from Kalyan, has already joined ranks with his father, while five-term MP from Gawli had written a letter to the then chief minister Uddhav Thackeray urging him to consider the grievances of the rebels with regard to Hindutva.

Gawli has been under the radar of the Enforcement Directorate over allegations of money laundering connected with a non-governmental organisation run by her.