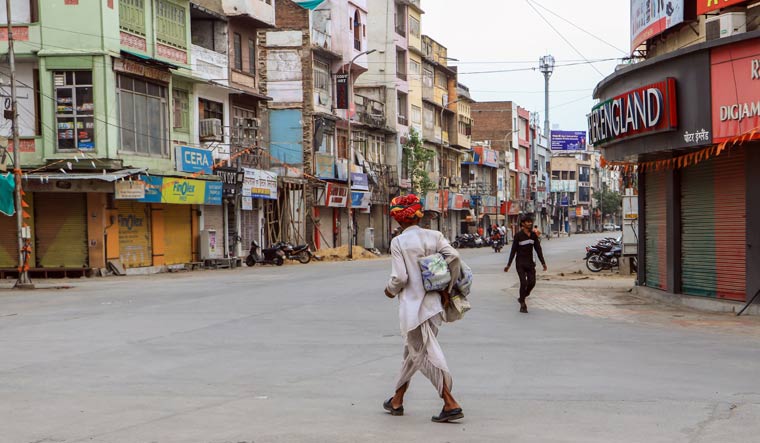 One of the accused in the killing of a tailor in Rajasthan's Udaipur was in touch with a Pakistan-based terror group, reports claimed on Wednesday even as the National Investigation Agency has taken over the probe into the incident. The accused used to watch videos of the Islamic State and was influenced by the terrorist organisation.

Kanhaiya Lal was beheaded by two assailants in broad day light in Udaipur on Tuesday and the crime was shot on camera by one of the accused and posted on social media.

According to NDTV, around 10 phone numbers from Pakistan were found in the phone of Mohammad Riyaz Ansari, one of the accused.

The NIA has registered a case under the anti-terror Unlawful Activities (Prevention) Act in connection with the incident that has rocked Rajasthan with protests being held in various parts of the state.

Chief Minister Ashok Gehlot said the Udaipur murder was meant to spread terror. Information has also surfaced that the killers have contacts aborad, he said.

Kanhaiya was cremated in the presence of a large number of people even as curfew remained clamped in parts of the city. A large number of police personnel were deployed during the funeral procession to maintain law and order.

A day after the incident, curfew remained imposed in seven police station areas of the city on Wednesday and mobile internet services suspended across all 33 districts of the state.