Any student, 14 or above, who violates the order must be “expelled”, the order stated 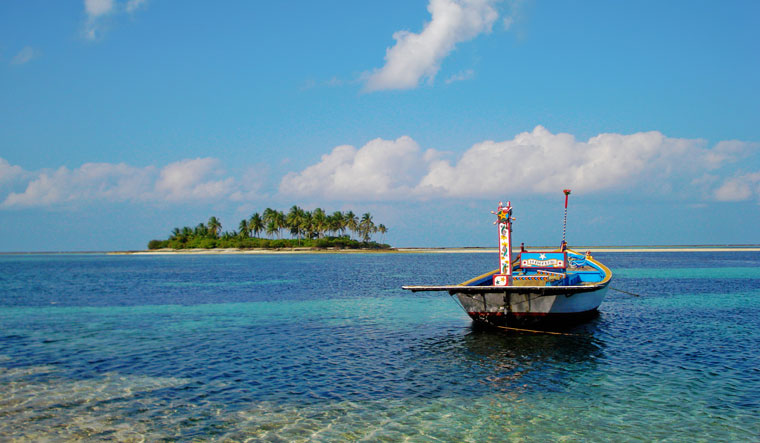 Lakshadweep administration’s directorate of education has banned “strikes, dharnas, gherao, processions and similar activities” on school and college campuses in the Union territory. The official order from education director Rakesh Dahiya said that in the wake of recent student strikes which disrupted academic as well as administrative functioning of various institutions under the administration, “it became imperative to adopt proactive measures to safeguard the students’ fundamental right to education”.

The order also stated that any student, 14 or above, who is violating the order must be “expelled” from his educational institution “either permanently or for such specified period as the institution directs”. It also mentions that any such student will face “appropriate punishment including the imposition of fine”. The order stated that any conduct of student strikes, gherao, dharna, bandh, hartal, demonstrations or processions are banned in the Union territory citing three judgments from the Kerala High Court.

It specifically cites the judgment in a 2017 case (WPC 3476/2017), Prof Raju Kuruvilla Vs State of Kerala, from the Kerala High Court. Paragraph 20 of the judgment reads as follows: “It is declared that organisations of students do not have any right to disrupt or disturb the academia and other activities of students who do not want to partake in their strikes and agitations, or any right to compel such students to forego the aforesaid activities in the campus.” The High Court order in the writ petition also states that “organisations of students do not have any right to convene any meetings and resort to the modes of agitations like strike, dharna, gherao, processions etc. in school and college campuses for expressing their protests or dissent on any issue, political or otherwise, or for enforcement of their rights.”

Syed Mohammed Anees, president of Lakshadweep Students Association, said the islands are facing an acute shortage of teachers. “Students were protesting for better facilities and labs also,” he said. “Protests were happening at Minicoy Government Polytechnic College because the institution does not have lab facilities and enough teachers. An ITI institution is work-oriented. How can it function in a lab? At a B.Ed college in Kadmat island, the principal resigned and left. The college is not getting regular teachers or study materials. The administration is not trying to address why the students are protesting.”

The student leader added that the administration is applying the student-to-teacher ratio formula in the mainland to appoint teachers in Lakshadweep. “But Lakshadweep’s [geographical] situation is not like a state like Kerala,” he said. “How can a teacher take a class on one island and then travel to another island, some 250km from the original spot, to take a class? Without providing enough teachers, the administration is curtailing the 'right to education' of students.”

Anees said that the LSA will conduct major protests on the islands and the mainland in the coming days. “On June 24, we are conducting a protest programme in association with Nationalist Congress Party,” he said. “We are meeting with our legal advisors. We will be moving forward with our protest programmes after having a consultation with them. We will move forward with a legal fight, and we plan to file a writ petition at the earliest.”