Internet has been suspended in the district 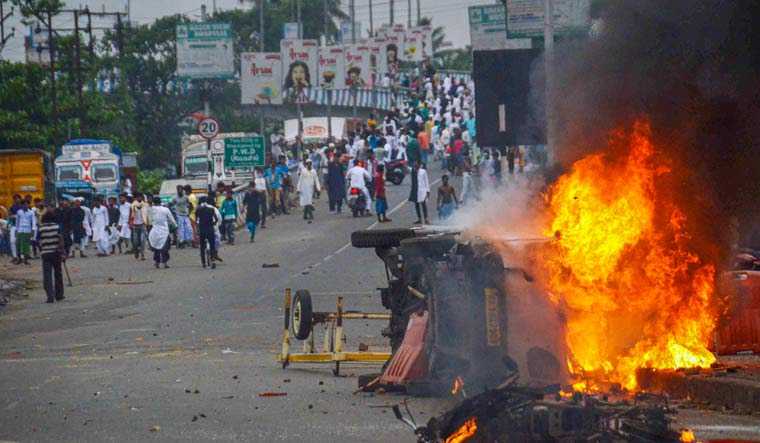 At least 60 people were arrested in connection with violence in West Bengal's Howrah district, police said on Saturday.

They have been booked under IPC sections that deal with rioting, attempt to murder and causing damage to public properties, among others, a senior police officer said.

The internet has been suspended in the district, besides imposition of prohibitory orders under Section 144 of the CrPC in certain areas.

Following the violence, the state government replaced the Superintendent of Police of Rural Howrah, and the Commissioner of Police of Howrah City.