Patel will join the BJP at 12pm on Thursday 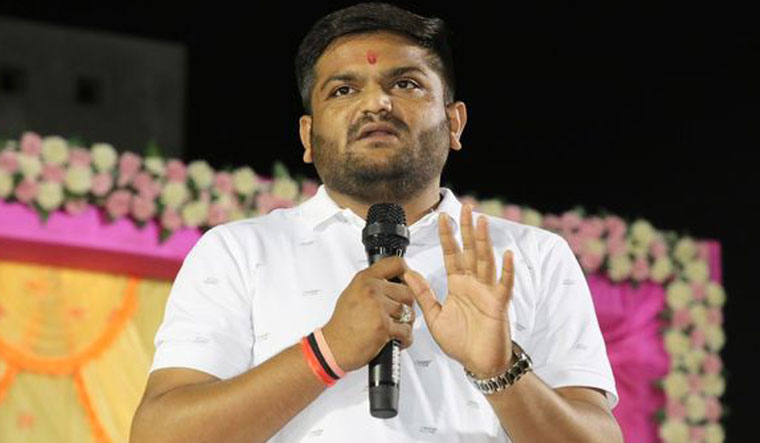 Former Congress activist Hardik Patel joined the BJP on Wednesday, hours after stating that he will work as Prime Minister Narendra Modi's soldier in his new political chapter.

"Today, I am going to start a new chapter keeping in mind the interest of the nation, region, society and community. I will work as a small soldier in the development work of the nation being carried out under the leadership of Prime Minister Narendra Modi," he said in a tweet.

Patel had, in 2015, led a violent agitation seeking quota for his Patidar community and was a strong critic of the BJP in the past. He had joined the Congress in 2019 and was later made the state unit's working president. Of late, he has been praising the BJP's decision-making capacity and functioning while severely criticising the Congress leadership.

Patel wrote the Congress “has constantly been working against the interests of country and society”. He wrote the Congress had been “merely reduced to opposing everything”, instead of giving people an alternative. He cited the Ram Mandir, revocation of Article 370 and implementation of GST as examples of issues on which the Congress had played the role of a roadblock.

“When it came to issues related to India, Gujarat and my Patidar community, Congress's only stand was to oppose whatever Govt of Inda led by Prime Minister Narendra Modi ji did,” Hardik wrote.

He alleged the Congress leadership was not serious and “not really interested” in hearing about problems of people in Gujarat, “but were more engrossed on what messages they had received on their mobile...”.