What prompted AIADMK's fierce criticism of its ally BJP? 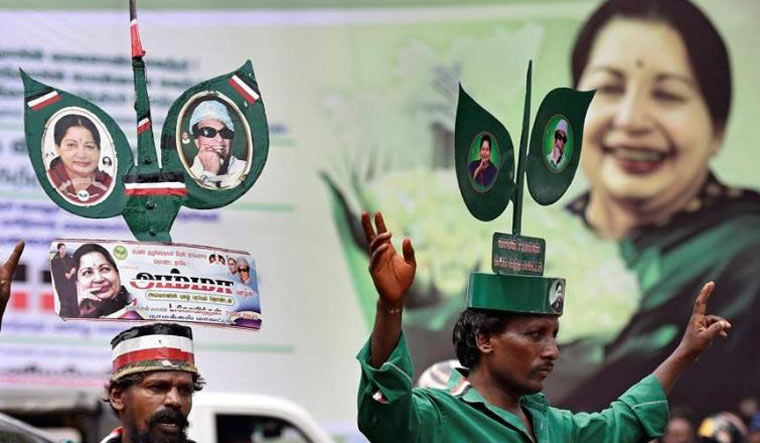 This is the first time that the party, which formed an alliance with the BJP after the demise of J. Jayalalithaa, has come out in the open against its ally. During a party workshop, held at its headquarters in Chennai, AIADMK organising secretary C. Ponnaiyan came down heavily on the BJP.

He blamed the BJP for the poll debacle that his party faced in the state in 2019 and 2021.

Addressing a closed-door meeting of the party office-bearers, he said the ideologies of the AIADMK and the BJP were “diametrically opposite” and it was only an “electoral alliance” with the saffron party.

He asked the IT wing of his party and its cadres to be more active on social media to “bust the lies” and counter the narrative being set that the BJP, which is acting like the opposition party in the state.

Ponnaiyan told THE WEEK: “The BJP cannot grow in Tamil Nadu unless it changes its ideologies and anti-Tamil policies.”

The closed-door meeting was attended by all senior leaders in the AIADMK, and none of them took objection to the remarks by Ponnaiyan. The senior leaders remained silent, only to affirm that Ponnaiyan was right, say party insiders.

Ponnaiyan's comments came as a surprise to the AIADMK cadres as he has been maintaining a steady silence in the past four years on the issue of the alliance with the BJP.

Though there have been opposition within the party to an electoral alliance with the BJP, nobody had dared to criticise the saffron party. Party sources, however, confirm that the comments by Ponnaiyan were made with the blessings of the party high command, only to make the state unit of the BJP understand that the national party is riding piggyback on the Dravidian major.

According to sources, Palaniswami wanted Ponnaiyan to criticise the BJP as the leadership has realized that the saffron party is trying to further its footprint in the state, and this has resulted in erosion of AIADMK's minority vote bank. The criticism of the BJP was reportedly a political coup by Palaniswami to regain the lost minority votes.

After Ponnaiyan’s statement, the state unit of the BJP which has been trying to project itself as the “prime opposition party,” has been trying hard to convey to the people that it is working for the interest of the people.

BJP leader V.P. Duraisamy, during a press conference in Chennai, slammed Ponnaiyan saying, “The AIADMK has 65 members in the assembly and has failed to act as an opposition party in exposing corruption.”

Claiming that the BJP has been fighting for Tamil Nadu’s rights in Cauvery and MullaPeriyar river issue, he dismissed Ponnaiyan’s comments saying, “We are for the two language policy in Tamil Nadu.”

Another BJP leader, K. Annamalai, who calls a press conference every day, dismissed Ponnaiyan’s comments saying, “It is his own opinion.”

Meanwhile, BJP’s legislative party leader Nainar Nagendran has extended an invitation to sidelined AIADMK leader V.K. Sasikala to join the BJP. “If Sasikala wants to join the BJP we are ready to take her in.”

The AIADMK’s general council will meet on June 23. During the general council meeting, which is being held for the first time after the poll debacle in 2021, the attempts by the BJP to play the role of the opposition and its “anti-Tamil” policies will be discussed.