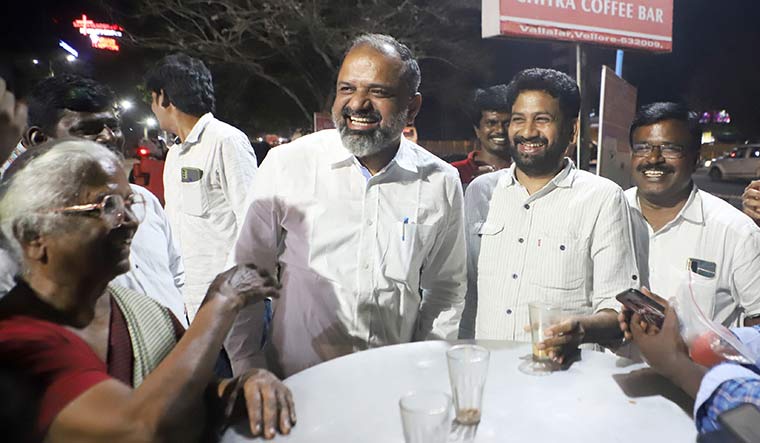 Perarivalan (third from right) with his mother, Arputham Ammal, at a tea shop in Vellore, following his release on bail from Puzhal Central Jail on March 15 | R.G. Sasthaa

The Supreme Court on Wednesday ordered the release of AG Perarivalan, life convict in the Rajiv Gandhi assassination case. A bench comprising Justices L Nageswara Rao and BR Gavai invoked powers under Article 142 of the Constitution to grant release of Perarivalan who has been behind bars for 31 years.

The bench observed that the Tamil Nadu State Cabinet took the decision to grant remission to Perarivalan on relevant considerations, Live Law reported.

Perarivalan was arrested in the case in 1991 at the age of 19. He was accused of purchasing the battery that was used to trigger the belt bomb used to kill Rajiv and 43 others. In 1999, he was sentenced to death for his role in the case. In 2014, his death sentence was commuted to life imprisonment.

In March, the SC had granted him bail despite strong opposition from the Centre. The bench had noted Perarivalan had “spent over 30 years in prison” and said he was “entitled” to be released on bail.