Penpa says Tibetans do not recognise the Chinese Panchen Lama 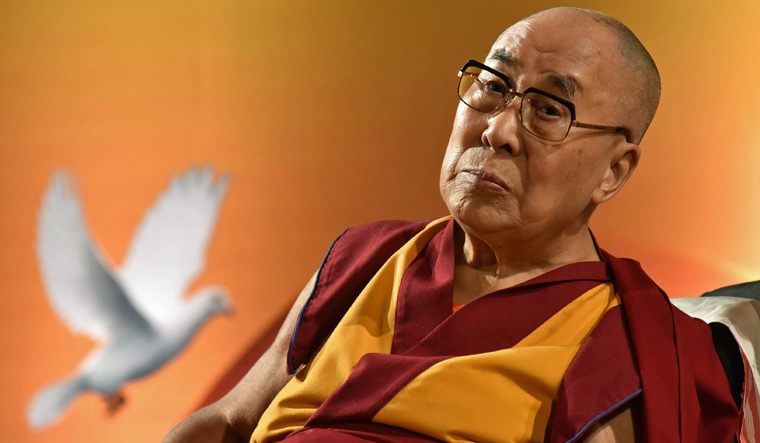 The curious case of China's Panchen Lama trying to visit Nepal on May 16 to coincide his visit with the celebration of Buddha Purnima at the birth place of Gautam Buddha has drawn attention of not just Indian and Nepalese security agencies but some of their counterparts in the United States as well. Notably, the US has said that the Chinese government should have no role in the succession process of the Dalai Lama.

There were unconfirmed reports of a chartered flight landing in Nepal from Beijing which set the cat among the pigeons. Security sources said there have been concerted attempts by Chinese Panchen Lama, Gyaltsen Norbu, to seek legitimacy among Buddhist followers around the world. With that mission in mind, he visited Thailand in 2019- touted as his first visit outside mainland China since 2012 when he visited Hong Kong.

It all happened in the background, days ahead of Prime Minister Narendra Modi's visit to Lumbini in Nepal to showcase the shared Buddhist heritage of the Indian sub-continent. With India being the seat of Buddhism, Modi's visit is a reminder of India's soft power. At this juncture, the Dalai Lama's contribution in preserving the Nalanda tradition and spreading the message of Buddha is New Delhi's biggest strength but an eyesore for Beijing which is trying to project Panchen Lama as the inheritor of the legacy to no avail. Dalai Lama had visited Lumbini in early 1980s.

Penpa Tsering, the president of Tibetan government-in-exile, told THE WEEK that Tibetans inside Tibet as well as refugees around the world do not recognise the Chinese Panchen Lama.

''If the Chinese Panchen Lama visited Nepal, he would have had to give teachings and draw crowds. Does he have the training and does he understand Buddhism? How can he draw respect outside China, if Tibetans within Tibet have not recognised him so far? It is only a desperate attempt to seek legitimacy which did not work,'' he said.

Penpa said the Chinese government made a tactical mistake by not accepting the six year old boy, Gedhun Choekyi Nyima, who was recognised by Dalai Lama as the 11th Panchen Lama.

The Panchen Lama is the second most important spiritual leader in Tibetan Buddhism after Dalai Lama. Since the 16th century, the Dalai Lama and the Panchen Lama have been participating in the process of recognising each other’s reincarnations. With China's refusal to recognise the globally revered Dalai Lama as the tallest Buddhist spiritual leader, the attempts to prop up their own Panchen Lama is being seen as a political gimmick to distract attention and put focus on the growing Chinese influence and control over Tibetan Buddhism.

Moreover, in its attempt to control the Buddhist legacy and win over Tibetans, atheist China selected Norbu as its own Panchen Lama in 1995. Ever since then, it has been trying to seek legitimacy for him, said Penpa.

Security sources said any visit by the Chinese Panchen Lama to Nepal could have resulted in a huge diplomatic embarrassment, therefore due diligence was done by security agencies in both countries to rule out any surprise visit around this time. The US agencies are learnt to have stumbled upon the information too, prompting them to cross check the claims. It was learnt that no such visit was planned, which allowed all countries to heave a sign of relief.