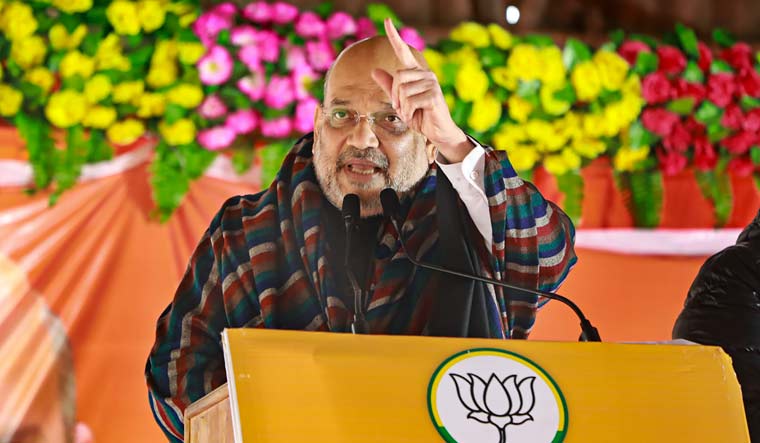 The Gujarat BJP's two-day 'chintan shivir' began on Sunday at a golf resort on the outskirts of Ahmedabad, where party leaders discussed strategies for the state assembly election likely to be held in December.

The party has been in power in the state for the past 27 years and it will have to contend with traditional opponent Congress and new entrant AAP as it seeks to extend the winning streak by another five years.

Party officials said the achievements of the government under CM Bhupendra Patel were discussed at the meeting, and presentations were made on various issues.

"The meeting will discuss plans on how to win 182 seats in the upcoming election. Plans are prepared, opinions of the leaders are taken and decisions are made. The executive body of the state BJP will meet again once the poll process begins. It will pass resolutions based on the decisions," state BJP spokesperson Yagnesh Dave said.

The 'shivir' is being organised a few days after Congress leader Rahul Gandhi launched his party's election campaign from Dahod with the aim of cornering the state's 40 tribal-dominated assembly seats.

The BJP also has to deal with the Aam Aadmi Party, which has claimed that it can give better governance to the people of the state.

The AAP had held road shows attended by Delhi Chief Minister Arvind Kejriwal and Punjab CM Bhagwant Mann recently and has been attacking the BJP and the Congress stridently over various issues plaguing the state.