Several members personally urged Rahul to take over the reins 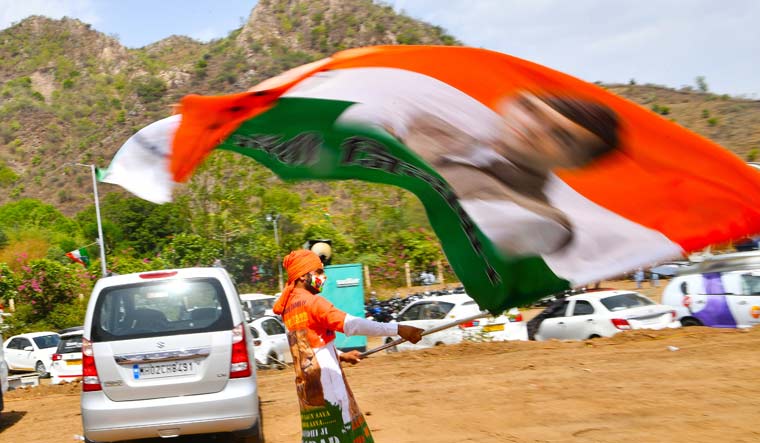 As the Congress brainstorms at its Nav Sankalp Shivir in Udaipur on how it can get fighting fit before the Lok Sabha elections in 2024, finding prominence at the conclave is the demand that Rahul Gandhi should take over as party president.

The demand is turning out to be a leitmotif in the discussions at the conclave and appears to be building up to the speech that Rahul will make tomorrow on the concluding day of the three-day introspection camp.

According to party sources, as Rahul circulated amongst the delegates at the dinner at the Chintan Shivir venue last night, moving from table to table, several participants personally urged him to take over the reins of the party. Several photographs of leaders, many of them from the younger age brackets, posing with Rahul at the dinner were in circulation.

Also according to sources, at the meeting of the committee on political issues, headed by Leader of the Opposition in the Rajya Sabha Mallikarjun Kharge, a few participants demanded that Rahul make a comeback as party president.

The Chintan Shivir is taking place just months before the process to elect the party president, which is currently underway, will culminate. While it is expected that Rahul will contest the elections scheduled for August-September, there is no confirmation on it so far.

According to a senior Congress leader, a few leaders demanded at the meeting of the Congress Working Committee held in March this year that Rahul should come back as party president. He said that Rahul’s response was not a ‘no’ and he said he would seriously consider their demand.

The leader cited above also said that a discussion did take place in the party whether the Chintan Shivir should be postponed till after the new party president takes over after the presidential election since the plan of action agreed upon at the brainstorming session would primarily be put into action by the person who would occupy the helm September onwards.

Nevertheless, as the party discusses agitations to be held in the run up to the Lok Sabha elections in 2024, a major point of discussion is the manner and mode of agitation to be undertaken by Rahul. The demands being made at different fora for Rahul as president is a build up to his speech tomorrow, when an even more vociferous demand is expected to be made that he should take over the reins of the party.