Day-to-day functioning of the party needs to change, she said 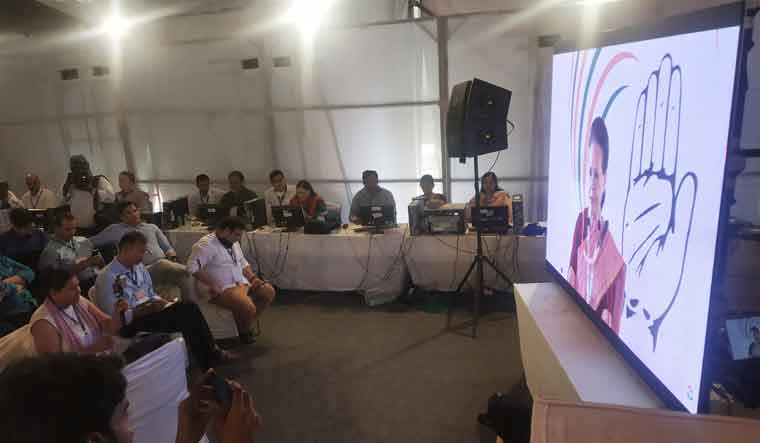 Noting that extraordinary circumstances call for extraordinary measures, Congress President Sonia Gandhi on Friday set the ball rolling for the party’s ‘Nav Sankalp Shivir’ in Udaipur, making it clear that the embattled party requires urgent changes in the way it functions and asked partymen to keep the organisation above their individual ambitions.

While Sonia laid down the ground rules for the Chintan Shivir and placed intra-party reforms at the centre of the three-day brainstorming, she highlighted the issue of polarisation as the biggest external factor that the party needs to tackle and attacked the Modi government for “keeping the country in a permanent state of polarisation.”

Calling for urgent changes in the organisation and the manner in which it functions, she said, “extraordinary circumstances require extraordinary measures.”

“The day-to-day functioning of the party needs to change.... A large, collective effort is needed. The Chintan Shivir is a step in that direction,” she said.

In the backdrop of the series of electoral debacles that the Congress has suffered in recent years and which has led to questions if the party is staring at an existential crisis, Sonia said the party is not oblivious to the expectations of the people and will endeavour to once again fulfill the role that it has always performed in the country’s politics.

Sonia called upon party leaders to keep the party over their own individual ambitions and aspirations. “Now, it is time for us to repay our debt to the party,” she said. Keen that the details of the deliberations do not get leaked, she said that while the participants must openly express their views in the meetings, only one message should go out from the Chintan Shivir.

Around 430 party delegates are attending the Chintan Shivir. They have been split into six groups to deliberate on issues under six heads – politics, economy, organisation, youth, farmers.

“I hope that when we step out of here, we will do so with new self confidence, energy and determination,” she said.

Highlighting religious polarisation as a major challenge for the party and for the country, she attacked the Modi government for allegedly keeping the country in a state of constant communal frenzy.

“By now, it has become abundantly and painfully clear what PM Modi and his colleagues mean by their slogan maximum governance and minimum government. It means keeping the country in a permanent state of polarisation, compelling people to live in a constant state of fear and insecurity, viciously targeting and victimising and often brutalising minorities who are an integral part of our society,” Sonia said.

Adopting a combative tone with regard to the policies and political strategy of PM Modi and the BJP, she said they indulged in “empty slogans, diversionary tactics and utter silence on the part of an ever so eloquent Prime Minister when the healing touch is most needed.”

She also linked the “worsening environment of social illiberalism and bigotry” with the slide in economic growth, and said the vast majority of Indians want to live in an atmosphere of peace, amity and harmony.