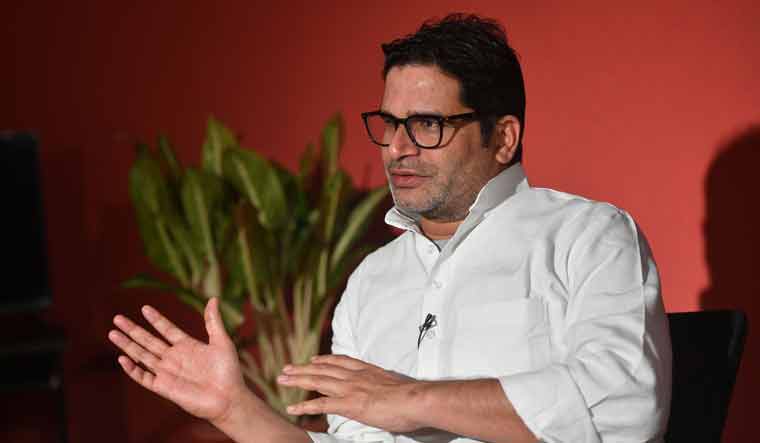 Putting on hold speculations that he was forming a new political party, political strategist Prashant Kishor announced a 3,000km padyatra from October 2. He said he would continue his political activism, and highlighted that a political party was not a part of his immediate plans.

Kishor had caused ripples in Bihar politics, indicating his turn towards active politics in his home state with a cryptic tweet that it is time for him to go to the people to better understand their issues and the path of jan suraj (people's good governance).

Kishor had been with the JD(U) briefly and was on the verge of joining the Congress recently.

"My quest to be a meaningful participant in democracy, and help shape pro-people policy led to a 10-year roller coaster ride! As I turn the page, time to go to the Real Masters, THE PEOPLE, to better understand the issues and the path to Jan Suraj-Peoples Good Governance. Beginning from Bihar," he tweeted.

The ace poll strategist, who has worked with parties across the ideological spectrum ranging from the BJP to the Congress and numerous regional parties, had announced the decision to stop working as a professional election consultant after his successful association with the Trinamool Congress for the West Bengal assembly polls in 2021.

Always seen to be having an interest in active politics, he had joined Bihar Chief Minister Nitish Kumar's Janata Dal (United) in 2018 but was expelled in 2020 due to sharp differences with Kumar over their conflicting views on a host of issues like the Citizenship (Amendment) Act as he took strong anti-BJP stand and slammed Kumar.

Following his ouster, Kishor launched an independent project Baat Bihar Ki (Conversation About Bihar) in February 2020, which remained a nonstarter though as he turned to his work as election strategist. He was also on the verge of joining the Congress recently but both sides could not reach a final agreement over his proposal to overhaul the main opposition party.

JD(U) spokesperson K.C. Tyagi was more circumspect and said everyone is free to start a political outfit but added that the agenda of "good governance" belongs to the NDA government headed by Kumar who has built roads, schools and hospitals and taken the state on the path to development after the RJD's "misrule". "Anyone is free to launch a political party, and we convey our wishes to them. But there is no alternative to Kumar currently," he said.