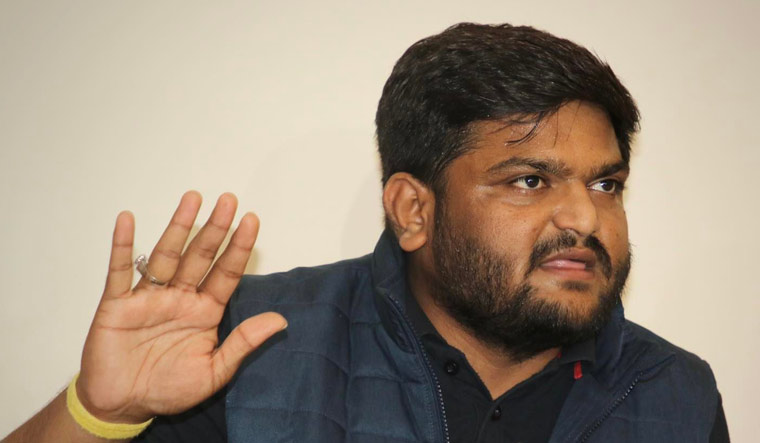 The Gujarat unit of the Aam Aadmi Party (AAP), on Friday, invited Congress leader Hardik Patel to join the party instead of "wasting his time" with the grand old party.

On Thursday, Patel, who is the Gujarat Congress working president, had alleged that the leaders of his party's state unit were harassing him and want him to leave the party, a claim he retracted only a few hours later.

Patel had said he is pained that he spoke to Rahul Gandhi about the situation in the state, but no action was taken against the Congress leaders.

AAP Gujarat chief Gopal Italia extended a welcome to Patel saying, "If Hardik Patel is not liking in Congress, he should join a like-minded party like AAP."

Calling Patel a "dedicated" person, Italia said a party like Congress has no place for him. "Instead of complaining to Congress, wasting his time, he should contribute here (AAP).

Patel had clarified that he has no plan to leave the Congress and claimed that "there will be small fights and blame games within the party, but we have to work together to make Gujarat a better place.”