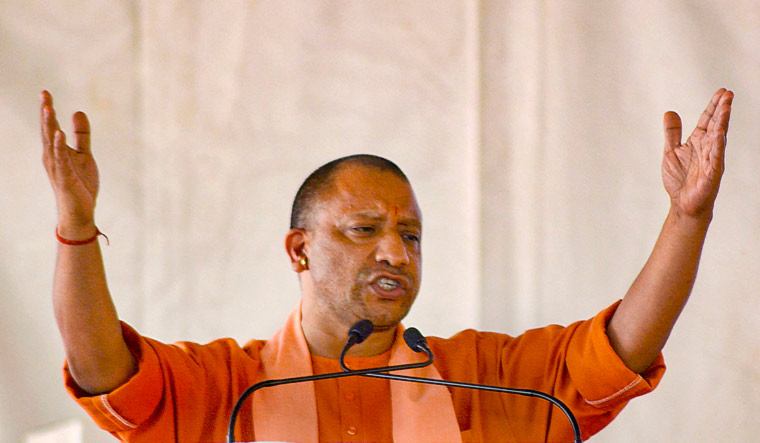 The Twitter handle of Uttar Pradesh Chief Minister's Office was hacked late on Friday night, but recovered after some hours.

The hackers removed Yogi Adityanath’s photo and replaced it with the caricature of a creature that looked like a monkey. The account has four million followers. Between its hacking and recovery, multiple tweets were posted on the account. More than 250 tweets were deleted after the recovery of the account.

Under the name of the official account, @CMOfficeUP, was written Co-Founder @BoredApeYC and @YugaLabs. One of the tweets from the hacked account read: ‘TUTORIAL : How to turn your BAYC/MAYC animated on Twitter’.

The introduction to the account @BoredApeYC read: ‘To become a member, buy a Bored Ape or Mutant Ape on OpenSea.’ The account has more than 8,26,000 followers. On its website, it describes itself as ‘The Bored Ape Yacht Club is a collection of 10,000 unique Bored Ape NFTs— unique digital collectibles on the Ethereum blockchain.’ On Twitter. YugaLabs has more than 1,94,000 followers.

The introduction to Yuga Labs on its website reads, ‘Shaping Web3 through Storytelling, Experiences and Community’.

On Tuesday, Information and Broadcasting Minister, Anurag Thakur had informed Parliament that over 600 social media accounts of the central government were hacked during the last five years.”

Hacking is often deemed ethical. For example, hackers in Ukraine have been busy hacking the websites of the Russian government. They have also released personal information of Russian soldiers fighting the war in Ukraine.