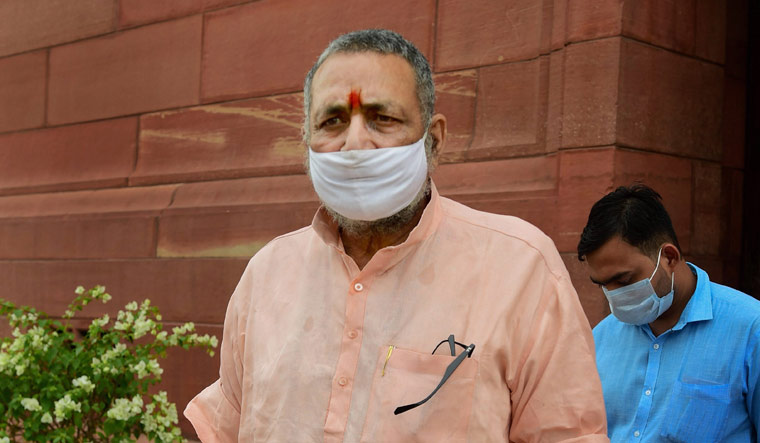 Union minister Giriraj Singh said on Monday the country does not face a threat because of the rising Muslim population but the "extremist mindset" that was behind the attack on security personnel at Gorakhnath temple, and hit out at the opposition over its "silence" on the incident.

A man named Murtaza attacked two PAC constables with a sharp-edged weapon at the south gate of Gorakhnath temple, of which Uttar Pradesh Chief Minister Yogi Adityanath is the head priest. The attacker also allegedly tried to force his way into the temple after shouting "Allahu Akbar".

Speaking to reporters at Parliament House Complex, Singh alleged, "The growing population of Muslims in the country is not a threat. The threat is the extremist mindset which takes various forms. Sometimes it seeks Sharia law implementation, sometimes it undertakes hijab protests, at times it protests against the Citizenship (Amendment) Act and at another an educated man acts like a terrorist."

The accused, police have said, is an IIT pass out. He has been arrested.

Hitting out at the opposition, Singh, considered a hardline Hindutva face of the BJP, said the "silence" of those who preach secularism all the time over the incident is a bigger threat.